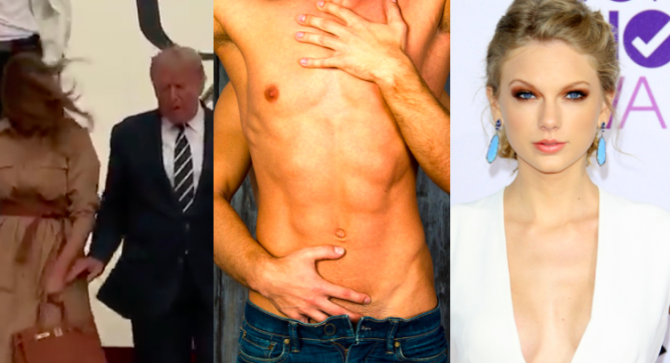 CHIT CHAT: Cardi B Zooms with Joe Biden about racial inequality, the pandemic, universal healthcare, and her Birkin collection. [Elle]

‘Get your fucking hand off me’… #Melania #Trump pic.twitter.com/mAmpQSoa8Y

BREAKTHROUGH: FDA gives the go ahead for trials to begin on a new gene therapy that may offer a possible cure for HIV. [HIVPlus]

BIRTHDAY GIRL: Madonna celebrates her 62nd birthday by partying in one of the most homophobic countries in the world.

ELECTION 2020: This GOP House candidate’s transphobia is next level. [LGBTQNation]

SWIFT BURN: Taylor Swift, who has more followers than Donald Trump, puts the President on blast while urging her 86.9 million followers to vote early.

Donald Trump’s ineffective leadership gravely worsened the crisis that we are in and he is now taking advantage of it to subvert and destroy our right to vote and vote safely. Request a ballot early. Vote early.