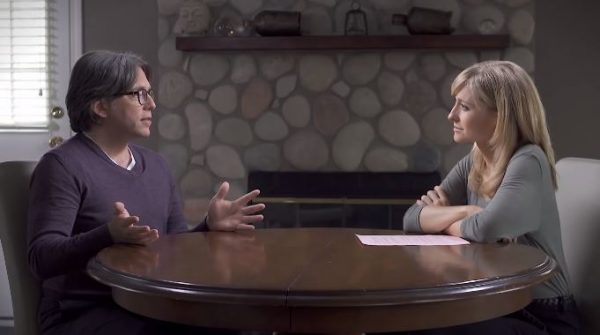 The Wowzers: The Vow

The revelation that Smallville actress Allison Mack had headed up a combination pyramid scheme/sex cult–moreover, that she plead guilty to racketeering charges–rocked Hollywood…not to mention the internet. In 2017, investigators charged that Mack, along with longtime friend and business associate Keith Reniere, had defrauded investors and headed up a bizarre sex cult as part of their management of the self-help business NXIVM.

If that story sounds bizarre, horrific, or both, look no further than HBO Max’s new docuseries The Vow. The Vow traces the rise of NXIVM through a combination of self-help, manipulation of wealthy investors and Hollywood contacts and outright coercion as a business designed to solve all the world’s problems. In actuality, the would-be self-help guru/self-styled genius Keith Reniere, with Mack’s help, built up a cult of personality around himself for the express purpose of getting rich and forcing women into a harem of sex slavery. The series dives deep into the inner workings of NXIVM, as told through the recollections of former members, including how female inductees would go through horrifying genital branding as part of their indoctrination. As the years rolled by, Reniere and Mack became even more brazen…not to mention homophobic in their teachings about sex and gender, all for the express purpose of sexual enslavement.

As with last week’s Screen Gem, Holy Hell, and with other recent documentaries such as Wild Wild Country, The Vow explores the peculiarities of cults, the connection between sexual manipulation and cult growth, and just how intelligent people can end up stuck inside. The series drags a bit around the midway point (episodes 5 & 6 could have been one entry), but it always throbs with a sick fascination, and a frightening one. With the finale of The Vow set to air this weekend, we offer up the show as both a cautionary tale and a labyrinth mystery that leads from the best intentions straight to Hell.