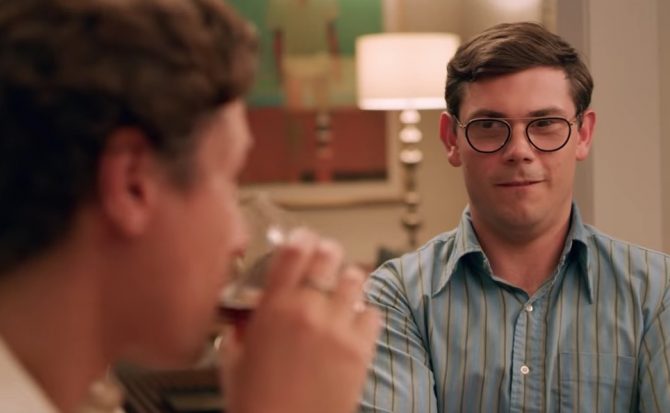 Fresh off the launch of his new Netflix series, actor Ryan O’Connell has joined the It Gets Better Project for a video message to queer youth.

In the video, O’Connell, who identifies as gay and lives with cerebral palsy, opens up about coming out as gay and disabled, and how both involved a good deal of courage.

“I came out when I was 17,” he explains. “None of my friends or family cared, which was great. And then, I think, being disabled was being much harder. It took 28 years for me to really admit that I was disabled, which is really crazy because I walk with a limp.”

O’Connell goes on to explain how he hid his cerebral palsy diagnosis from friends and co-workers, attributing his limp to getting hit by a car at age 20. “To me, it was like a life hack. I was like, beginning to live life: the life I always wanted and thought I kind of deserved because I never identified with being disabled. But really, I was selling myself short…Like being in the closet with your sexuality, you’re denying part of who you are.”

Ryan finally came out in 2015 with the publication of his memoir I’m Special: And Other Lies We Tell Ourselves, and with a personal essay published online. “I woke up feeling a million pounds lighter,” he recalls the morning of publication. For O’Connell, coming out not only brought him newfound self-esteem, but it also granted him a new level of fame. The book and article captured the attention of actor/producer Jim Parsons, who began championing the story as fodder for a new TV series. Four years later, Netflix greenlit the series, propelling O’Connell to new heights of success.