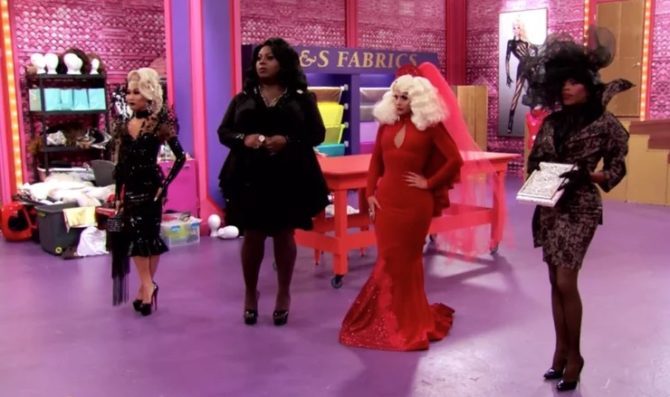 What would a season of Drag Race be without a few plot twists?!

After last week’s All-Stars 4 surprise announcement from Ru that All-Stars rules were being temporarily suspended, fans were left guessing as the four eliminated queens re-entered the workroom.

Now we have our answer.

In a new promo for episode six, which airs January 18 on VH1, the hostess with the mostess Ruveals that the remaining queens will have to defend their spots in the competition by going head-to-head with the eliminated queens in a lipsync battle.

Related: RuPaul shares stunning throwback pic from when he was just 24

The so-called “Lip Sync LaLaPaRuZa” will work like this: Each fallen queen, starting with Latrice Royale and working chronologically back to the first eliminated queen, Jasmine Masters, will select a current competitor to lipsync against.

There are six queens currently still in the running, so it’s possible that last week’s winners, Manila Luzon and Monét X Change, will have immunity from the lipsync carnage, but this is All-Stars, so who knows what will happen?!

Catch RuPaul’s Drag Race All-Stars at 8 pm ET/PT on VH1 to find out.

Watch the announcement below:

Girl, the competition just got TWISTED! ? How will the Lip Sync LaLaPaRuZa change up the game?!#AllStars4 is all-new FRIDAY at 8/7c on @VH1! ? pic.twitter.com/9dZZ2fpzRJ