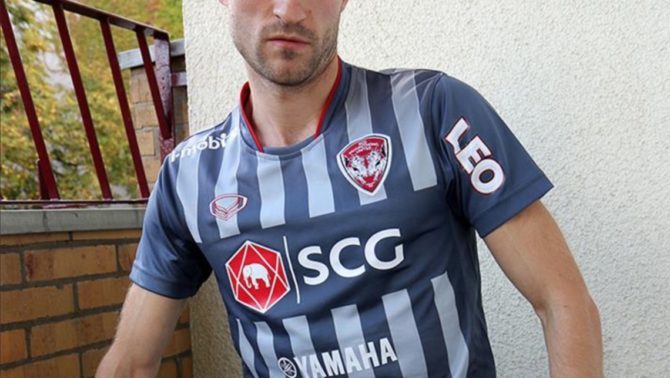 After a career in the adult film industry, any next move would likely be a comparative bore. Even becoming a spy, apparently.

That’s the argument being made by one former German intelligence agent (and former gay adult film star before that), who last year was caught repeatedly logging onto a jihadi chat room and offering up information that would assist would-be terrorists looking to attack Germany.

Roque M., the 52-year-old father of four, now faces serious charges of treason, and has revealed he was only pretending to be a terrorist because he was… bored.

The Washington Post notes that those who interviewed Roque say he may suffer from mental illness and multiple personalities, which would go a lot further to explain his behavior than your garden variety teenage boredom.

“I never met with any Islamists. I would never do that. The whole thing was like a game,” he said at the beginning of his trial, according to DPA news agency.

He also said his fake Islamic terrorist identity was developed as a means to “escape from reality,” despite his job at the agency being “a lot of fun.”

Online, he scheduled a meet-up with an Islamist at a gym; now he says he never planned to actually show up. Additionally, he assured Islamists that he was able to assist with an attack on his agency’s base of operations in Cologne, saying it was “in line with Allah’s will.”

News of the one-time gay adult film performer’s arrest made major headlines, for both the sensational nature of his past as well as the shock that a potential mole could have been hired at his position.

However, the agency said at the time that there was no real cause for panic — that while the situation is definitely alarming and, yes, a little bit weird, a serious threat was never actually posed.

“There is no evidence to date that there is a concrete danger to the security of the BfV or its employees,” a spokesman said. “The man is accused of making Islamist statements on the internet using a false name and of revealing internal agency material in internet chat rooms.”

His trial continues in the western city of Düsseldorf.