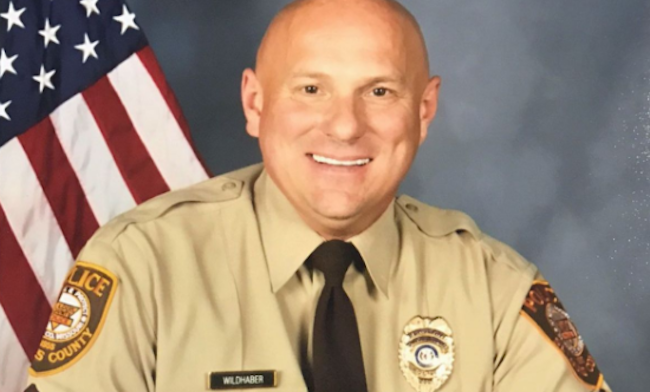 It’s a story that’s hard to believe and yet not at all hard to believe: A police sergeant claims that he was once chosen to be the police liaison to St. Louis’s gay community, but later told to “tone down” his “gayness” if he ever hoped to get a promotion.

This claim is made in a lawsuit filed January 10th by Sgt. Keith Wildhaber, a 22-year St. Louis County police veteran.

Despite a string of glowing performance reviews, Wildhaber reportedly watched the majority of his peers get promoted while he remained a sergeant.

“Defendant believes plaintiff’s behavior, mannerisms, and/or appearance do not fit the stereotypical norms of what a ‘male’ should be,” according to the lawsuit.

The lawsuit alleges Wildhaber visited John Saracino, the owner of Bartolino’s restaurant, in 2014.

At the time, Saracino also happened to be a member of the department’s civilian police board.

“The command staff has a problem with your sexuality,” he reportedly told Wildhaber.

“If you ever want to see a white shirt (get a promotion), you should tone down your gayness.”

“I never had a conversation like that,” he told the paper. “I would never say anything like that. That’s not me.”

Wildhaber has been asked by the St. Louis County Police Association to serve on a committee to “ensure all of our members are treated equally and fairly in the workplace,” said Joe Patterson, president and county police detective.

We have been actively recruiting LGBT members and minority members to serve on steering committees in order to bring forth not only their concerns, but their ideas on how to improve the police association.

He said the association is eager to work with the police department and community.

“In the course of our duties, we encounter people from all walks of life and all backgrounds, and our police department should be reflective of the population we serve,” he said. “I don’t think you can be overly inclusive in 2017.”

Wildhaber has been with the department since ’94, and served four years in the Army.

In 1998, he won a medal of valor from his department when he rescued someone from a burning car.

Subscribe to Queerty for a daily dose of #life #st.louis stories and more