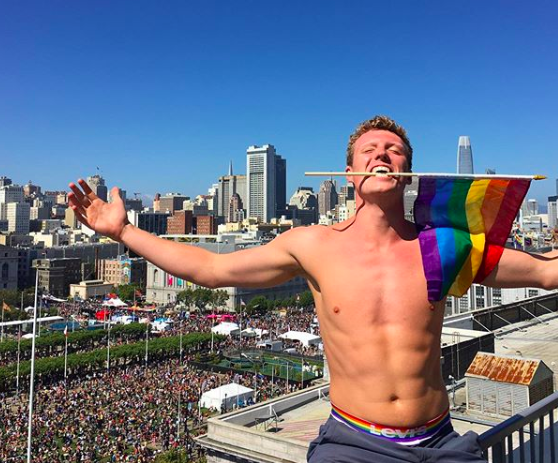 Former Stanford champion swimmer Abrahm DeVine, who September 29 claimed homophobia got him kicked off the team, has now confessed that he broke the National Team’s Honor Code by drinking alcohol. That move resulted in his expulsion.

DeVine had posted an Instagram post accusing his former coaches of homophobia, and alleging that he was not asked back for post-graduate professional swim training because he had come out as gay. Now, in an interview with The Standford Daily, DeVine has amended his story.

Related: College swimming champ says he was kicked off team for being gay

“I think that I wrote this entire Instagram post where every sentence is very important,” DeVine said, “but the only one that people are really focusing on is me calling out Stanford, and that makes my message sound very aggressive and that I’m out for blood, when in reality that is not what I wanted at all. I’m here to just say this is a systemic issue. Between coaches and other athletes, I feel there is so much ignorance to what it means to be gay in a sports world that my character is not recognized. Although I feel I can participate by being silent and non-disruptive, I feel that my identity as a gay man is incompatible with the swimming world.”

DeVine also confessed in the same interview that he violated the National Team Honor Code by drinking at a Team USA swim meet, an action that resulted in his barring from joining the post-graduate training program. He also says that he did not intend his Instagram post as an allegation. Rather, he intended to call out systemic homophobia working against queer athletes. DeVine’s former coaches have denied any feelings of homophobia.