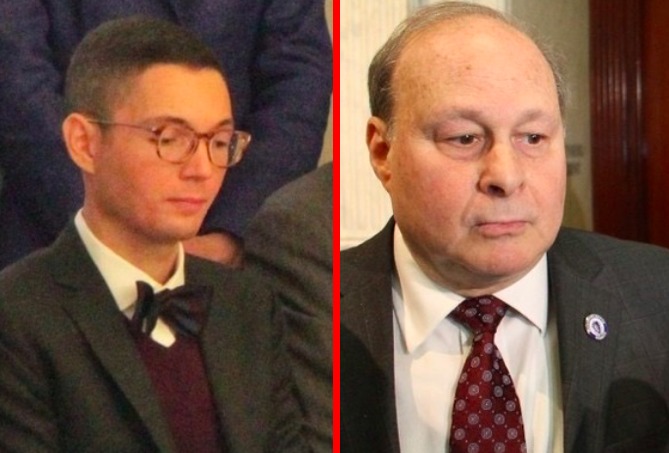 Sen. Stanley C. Rosenberg, the state senate president for Massachusetts, has stepped down from his role after his husband, Byron Hefner, was accused of sexual harassment and sexual assault by several different men.

“My heart goes out to anyone who may have been hurt, and I am committed to helping anyone who has been harmed,” 68-year-old Rosenberg announced late last week. “This has been the most difficult time in my political life, and in my personal life.”

So far, four men have accused Rosenberg’s husband, 30-year-old Byron Hefner, of groping them. One man also said Hefner forcibly kissed him against his will. He is also accused of sending an unsolicited nude photo to someone who works in state politics.

The men say they were initially afraid of coming forward because of Rosenberg’s powerful position, but have since been inspired by the #meetoo campaign to share their stories.

Rosenberg, who has worked as a legislator for over 30 years and became the state senate’s first openly gay president in 2015, has not been accused of any wrongdoing. While he is no longer state senate president, he will remain in the senate but on leave while an investigation is conduced to determine whether Hefner’s actions interfered with senate affairs.

Many have come to Rosenberg’s defense. Resident Steve Chojnacki tells the Boston Globe, “If it were him being accused, it would be different, but it’s against his husband.”

Chojnacki continued: “Should he really step down if he hasn’t committed a crime?”

Majority leader Harriette L. Chandler, who has stepped in as interim president, also expressed remorse, saying, “The past four days have been so turbulent, so tragic, so surprising, and so sad.”

What do you think? Did Rosenberg do the right thing be stepping down from his role as state senate president? Should people be punished for the alleged actions of their spouses? Sound off in the comments section…