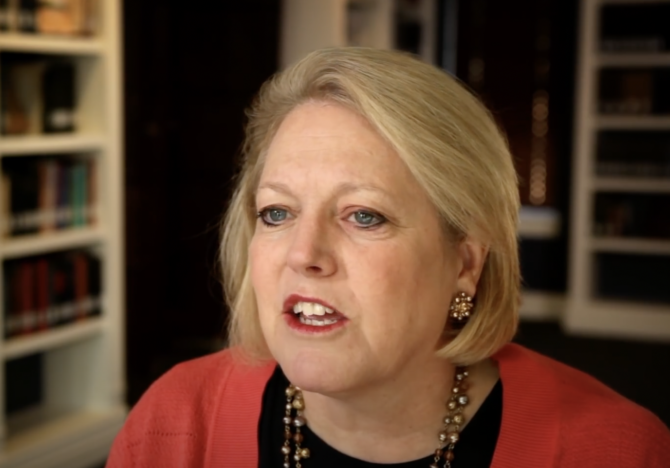 It sure looks like insurrectionist/anti-LGBTQ activist Ginni Thomas’ days are numbered as the calls for her to be subpoenaed by the House select committee investigating January 6 keep on growing.

Speaking to Face the Nation over the holiday weekend, Rep. Jamie Raskin of Maryland said the wife of Supreme Court Justice Clarence Thomas has “relevant testimony” to with the committee about the deadly riot at the U.S. Capitol.

“Speaking as only one member, I would say she has relevant testimony to render,” Raskin remarked. “And she should come forward and give it.”

He added, “I don’t want to overstate her role. We’ve talked to more than a thousand people. But we would like to hear from [Newt] Gingrich and from her, too.”

In July, outgoing congresswoman Liz Cheney issued a cryptic warning to Thomas, telling CNN’s Jake Tapper on State of the Union, “The committee is engaged with her counsel, we certainly hope that she will agree to come in voluntarily, but the committee is fully prepared to contemplate a subpoena.”

Cheney’s remarks were echoed by fellow committee member Adam Schiff, who told CBS News’ Face the Nation that same week that Thomas “has relevant information … we hope she comes in voluntarily. But if she doesn’t, then we should give [a subpoena] a serious consideration.”

In March, Thomas said she “looked forward” to sitting down with the committee and answering their questions after it was revealed she had been in close–very close–communication with Donald Trump’s camp in the days leading up to the insurrection and sent over 20 totally-not-crazy-sounding text messages to Trump’s then-chief of staff Mark Meadows, such as:

This was in addition to the multiple emails she exchanged with John Eastman, the Trump lawyer who drafted a memo outlining a plan to subvert the electoral process, as well as the frantic emails she sent to at least two Wisconsin state lawmakers and at least 29 Arizona state lawmakers urging them to ignore Joe Biden’s popular vote victory and “choose” presidential electors instead.

In his appearance on Face the Nation Sunday, Raskin also said the committee would like to speak with ex-VP Mike Pence.

“Vice President Pence was the target of Donald Trump’s wrath and fury and effort to overthrow the election on January 6,” he said. “The whole idea was to get Pence to step outside his constitutional role, and then to declare unilateral lawless powers to reject Electoral College votes from the states.”

The Maryland lawmaker added that he believes Pence has important details that would be helpful to the committee’s investigation and hopes he would appear voluntarily, though he added that “in no one’s case is a subpoena out of the question.”

C’mon now, let’s not be shy with that subpoena.

Ginni Thomas tried to overturn the 2020 election. And yet her husband, sitting on the Supreme Court, ruled on cases dealing with the election.

Talk about an enormous scandal.

Your reminder that Ginni Thomas committed sedition and her husband Clarence not only knew about it, but helped her by abusing SCOTUS to try to shield her. Both need to be in jail.

With all due respect to @RepRaskin and the Jan 6 committee, it’s ti e that a subpoena was issued for Ginni Thomas.
If she wanted to voluntarily come forward, she would have already.
Time is running out.

How fucked up is that?

Great opportunity for Democrats to flex their power while they have the House and continue the investigations into Jan 6 and MAGA extremism. Time to subpoena Ginni Thomas. Keep it in the news. Steady drumbeat. Connect the dots of criminality for Americans. Can't relent.

If the DOJ can execute a search warrant on Donald Trump, the House Jan. 6 Committee can issue Ginni Thomas a damn subpoena. Enough is enough!