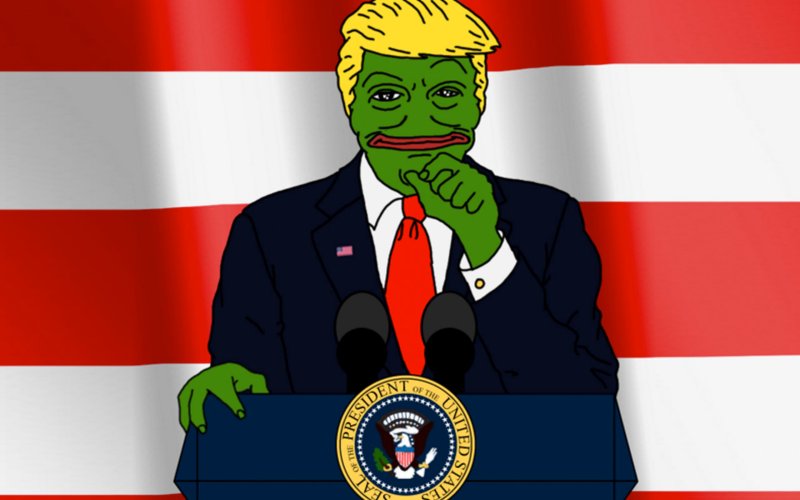 So now we know that Steve Bannon, the Trump advisor who turned Breitbart into the house organ of the alt-right, doesn’t really care all that much about us one way or another. This is hardly a revelation for someone who gave professional troll Milo Yiannopoulos his prominent and profitable (until recently) perch. But Bannon and Milo are figureheads in a bait-and-switch scheme.

The scheme is this: convincing some of us that the alt-right is okay with homosexuality in order to convert some of us to the white nationalist cause, which can make room for the participation of privileged white gay men. In order to do this, Bannon and Trump must convince us that the real enemy of  LGBTQ is Islam, not the alt-right. Remember when Trump, after the Orlando Pulse nightclub massacre, claimed that as president he would do a better job protecting LGBTQs from the threat of “Islamic terrorism?”

Don’t be fooled. The alt-right is a stew of hatred, and homophobia is a huge part of it.

On the surface, it’s easy to think that Bannon and Milo represent a new kind of conservative. And in one sense, they do. They want to blow up the existing order because the existing order is irredeemably tainted by liberal ideas. The world that Bannon and the alt-right have in mind is white nationalism, a world in which “Judeo-Christian values” reign. (Funny, though, how the Judeo part keeps getting lost.)

Sounds a lot like standard social conservatives, right? But it’s not. Bannon doesn’t really care all that much about the usual culture war –same-sex marriage, abortion–unless they intersect with his belief that political correctness is robbing people–his people–of their liberty. It’s a world in which the oppressed become the oppressor.

Take religious “liberty,” for example. The religious right has taken up this cause because they believe that marriage equality is wrong and that homosexuality is a sin. This isn’t Bannon’s thinking. He doesn’t seem bothered by marriage equality. But when it becomes a political correctness issue involving the rights of homophobic florists, then he cares.

As a result of this crossover belief, a lot of conservatives have been willing to cast their lot with Bannon. They might not agree with his line of reasoning, but they are fine with his conclusions. The fact that some of the worst homophobes are happy to form an alliance with Bannon should be warning flag enough.

Of course, there will always be some gay people so desperate for conservative approval that they will gladly sign on to the Bannon bandwagon. Chris Barron, of the rightfully defunct GOProud, thinks Bannon is a swell fellow. (The fact that Barron is on the Breitbart payroll may help.)

In theory, if homophobia was no longer a core characteristic of American conservatives, there would be a significant number of LGBTQ people who would be willing to identify as conservative. There’s no question a minority of white, gay men lead fairly protected lives. In fact, some like Barron, may even be among the two-thirds of men who believe there actually is something called political correctness and that it goes too far. Who wants to worry about offending someone when things are good, their thinking may go?

Now that the alt-right viewpoint has a powerful perch within the White House, it may be all too easy for some of these privileged men to succumb to the illusion that it’s actually not as bad as it’s been made out to be. Add to that the idea that maybe the leaders are friendly toward us, and it’s a recipe for recruitment.

The problem is that the alt-right isn’t just a conservative movement. It’s a way far-right movement that loves to fan the flames of hatred, so much so that the lines between white nationalism and white supremacy are often blurred beyond recognition. Up until Trump’s election, the alt-right was considered the fringe, a word often properly proceeded by the word “lunatic.”

Putting Bannon and Milo aside, on this issue they are hardly representative of most alt-right followers–young men who aggressively flout their heterosexuality. Their mascot is the vaguely creepy Pepe the Frog, but their memes are a lot worse than that. One popular one is Electric Pence, images of a high-voltage Mike Pence electrocuting gay people to cure them of their homosexuality. Or take a look at the slurs hurled at popular writer Michaelangelo Signorile after he criticized Jimmy Fallon’s softball treatment of then-candidate Trump.

You don’t even have to dig that far to see that even Milo wasn’t immune to their antigay hatred. The Daily Stormer website referred to Milo as a “deplorable kike faggot” who was harming the movement by claiming to represent it.

What the next four years will bring is anyone’s guess. But let’s not fool ourselves into believing that it’s an advance for us because the leader of a hate movement doesn’t automatically despise us. There are plenty of others who are part of that movement and allies of it who do.