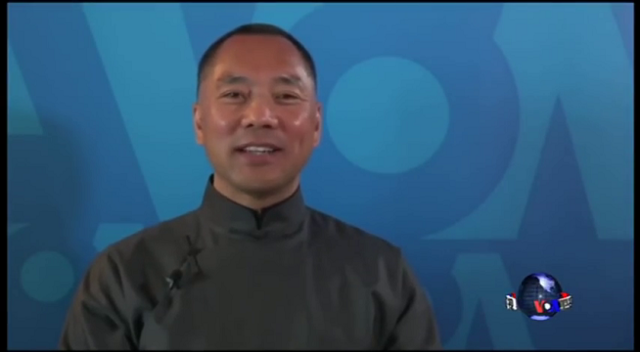 In today’s episode of ‘rich people problems,’ the financier who famously funds Steve Bannon’s political ventures and lavish lifestyle is deep trouble over his $28 million yacht. If that sounds like a lot, it’s just a fraction of the $134 million in contempt of court fines he’s been slapped with.

A New York judge ordered Guo Wengui to pay the hefty sum after Guo defied the court’s order that he return the yacht — the same boat where federal agents arrested Bannon in 2020 — to a U.S. port. Guo had previously been barred from selling or relocating the yacht.

The $134 million price tag is the result of nearly a year of Guo refusing the court’s order, which carried a daily forfeiture of $500,000.

Guo has until Monday to pay the fines, but in an appeal filed Thursday, his attorneys called the charges, “disproportionate, excessive, unauthorized by law, an abuse of discretion, and in violation of Defendant-Appellant’s constitutional rights.”

The 150-foot yacht has become a focal point in a suit against Guo filed by an affiliate of the Hong Kong-based investment firm Pacific Alliance Group. The group alleges Guo owes tens of millions of dollars in loans.

Guo left his native China in 2014, fleeing charges of money laundering, rape and corruption. He’s since been residing in a $68 million penthouse in New York, and funding various right-wing projects, including nonprofits with Bannon and Covid misinformation campaigns.

In 2021, he was caught running an illegal cryptocurrency scheme and his companies agreed to pay $500 million in Security and Exchange Commission fines.