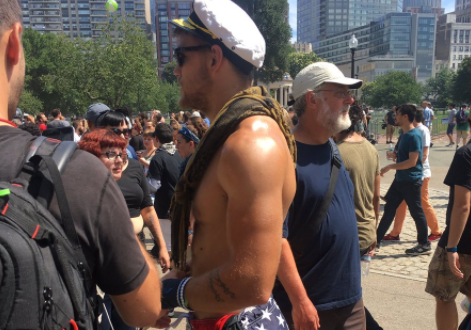 Over the weekend, Boston showed the nation how it’s done. About 100 people showed up for a so-called “free speech rally” (a.k.a. a rally of Trump supporters), and were dwarfed by the thousands of counter-protesters taking a stand against hate.

One of those counter-protesters was Stew.

Drew from Boston came out today to "promote peace and get rid of the bigotry… same as everyone else here." pic.twitter.com/AHtCoBqHZb

“Drew from Boston came out today to ‘promote peace and get rid of the bigotry… same as everyone else here,” read the caption from @andrewkimmel_.

And just like that, Stew made a LOT of new friends online:

WHAT IS THIS PATRIOT'S HANDLE, ANDREW?

Sign me up for any protest this guy goes to.

And with the hive mind engaged, Stew was bound to pop up again:

Here is a picture of Andrew interviewing Drew pic.twitter.com/FnIMEM6syz

But something was amiss.

CORRECTION: His name is STEW! NOT DREW!!!!! Trying to get in touch with him now for a follow-up.

We’ll give you a moment to process this news.

At what point does this get a tad creepy? Are we there yet?

Stew’s identity was finally revealed, and the world braced for impact.

EVERYONE! Please give Drew aka Stew a warm welcome to Twitter. Your comments launched an investigation & this is the result:@Stewart_Driflot

Luckily he seems to be taking the attention in stride: 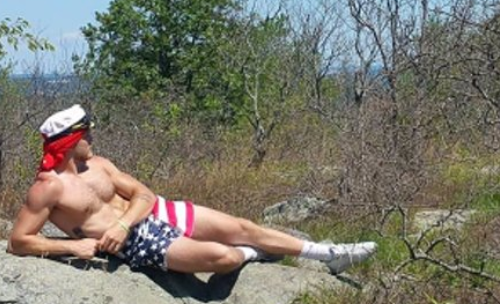