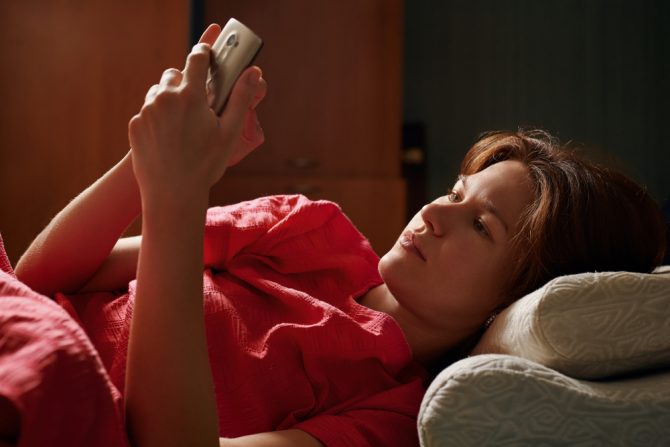 A straight cis women says she’s “repelled” by heterosexual culture, particularly heterosexual men. She wants to meet a bisexual or bicurious boyfriend who is more sensitive towards women. So she’s seeking wisdom from our friend Rich Juzwiak over at Slate.

“I’ve been thinking maybe I should look for bi dudes/bicurious gay dudes,” she writes, “but I am not sure how best to do that.”

She wonders: “What would you think of a woman being on Grindr or Scruff?”

The woman continues, “I do want to be respectful of gay men’s spaces and not horn in where I’m not welcome, but I really would love to find a vers guy with queer politics who would be up for casually dating a woman.”

“What do you think? If you were me, where would you look?”

In his response, Juzwiak wastes no time reminding the woman that “the world is not your bachelorette party” so “don’t try to make something that has been designed to be not about you about you.”

“A general rule of thumb that I wish more people followed is: If you enter a space as someone who is not a member of the demographic for which said space was established, you should behave yourself,” he writes.

“So if you must go the route of using digital spaces dominated by men seeking men, as a cis woman with (no offense?) ostensibly hetero desires, don’t bother people. Let them come to you. Also prepared to have your profile deleted. I actually have seen cis, hetero women on Grindr and the like before, and whenever I do, I think, ‘Well, she’s not gonna last.’ And she doesn’t.”

Juziwak goes on to warn the woman that she probably won’t have a ton of luck on any apps marketed for men looking to meet other men, but she’s welcome to give it a try. Also, just because a guy is gay or bi doesn’t mean he’s any better than the straight dudes she detests.

“There are a lot of shitty men who identify as gay and bi, and their queerness doesn’t automatically absolve them of misogyny,” he writes. “In fact, the misogyny in some of these dudes is compounded by a perceived lack of use for women. At least straight guys will pretend to be civilized for the sake of getting laid.”

What do you think about straight cis women looking for love on Grindr and Scruff? Sound off in the comments section below…