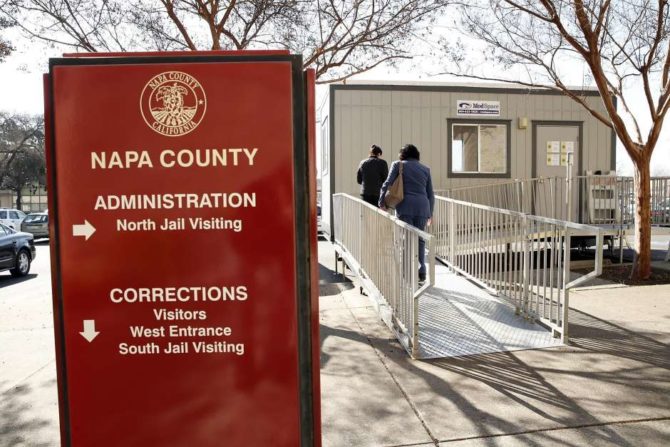 A former guard from a Napa County jailhouse claims he was driven out of his job and ended up in a mental hospital after suffering relentless antigay harassment from colleagues and supervisors. But here’s the real kicker: he isn’t even gay.

41-year-old Dante Michelucci worked as a correctional officer for the Napa County from 2007 until April 2018. Despite identifying as straight and being married to a woman, Michelucci claims he was the targets of homophobic abuse at the hands of his colleagues.

The trouble started about a year ago, ten years after Michelucci started working for the county, when one day his coworkers “decided he was gay” and started calling him antigay slurs.

Related: Former Cheesecake Factory dishwasher sues company for discriminating against him for being straight

When Michelucci reported the abuse to supervisors, the lawsuit reads, “he was labeled a snitch, and his coffee cup (was) spit into.” He was also “mocked” for complaining about being bullied and told the harassment was a sign that his colleagues “liked him.”

“The hostile work environment became so pervasive that (Michelucci) was hospitalized” with post-traumatic stress disorder and major depression, the suit continues.

He also claims to have suffered from a bout of Bell’s Palsy, a form of temporary facial paralysis caused by damage or trauma.

“He had a breakdown,” Michelucci’s attorney, David Poore, says.

In April, Michelucci was placed on medical leave. He’s now suing in federal court last in San Francisco, where he is seeking unspecified damages, including punitive damages.