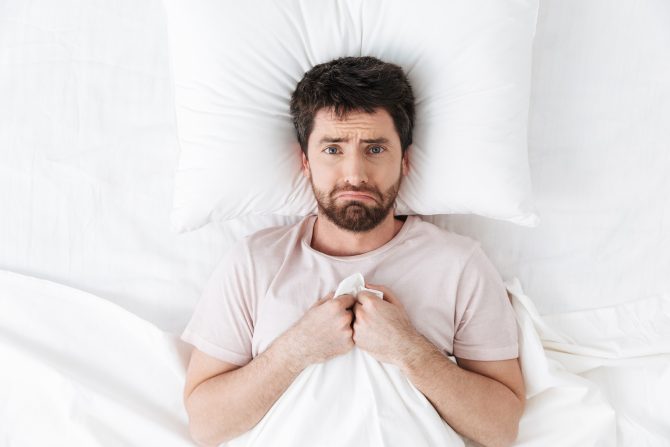 There’s been a lot of chatter recently about straight-identifying men giving or receiving oral sex from other men and what that means exactly.

The issue first arose a few weeks ago when R&B singer Tank told a radio interviewer that a man performing oral sex on another man doesn’t necessarily mean either of them are gay.

“It doesn’t mean he’s gay,” Tank remarked. “It means he sucked d*ck… because the art of being gay is being gay.”

Now, it appears as though bi-curious straight-identifying men across the country are second-guessing their past sexual experiences, as evidenced by a letter sent to our buddy Rich Juzwiak, the advice columnist over at Slate.

The letter is short and to the point. It simply reads:

If a straight man receives oral from a trans or gay man does that make the straight man gay? Asking for … a friend.

In his response, Juzwiak answers the man’s question… by not quite answering the question.

He then goes into a lecture about sexual fluidity and suggesting that maybe the guy (or, um, his friend) shouldn’t think so much about it.

“I am inclined to wax philosophical about the spectrum of sexuality and the pros and cons of declaring an attendant identity,” he writes. “And while I think that everyone should be doing a little more thinking than they already are, especially about sex, given your rather (no offense) rudimentary question, I don’t want to bog you down with concepts that could freak you out or otherwise interfere with your enjoyment.”

“I think that could be a disservice to the guys servicing you, as well as you. So just sit back and enjoy.”

What do you think about Juzwiak’s response? Share your thoughts in the comments section below…