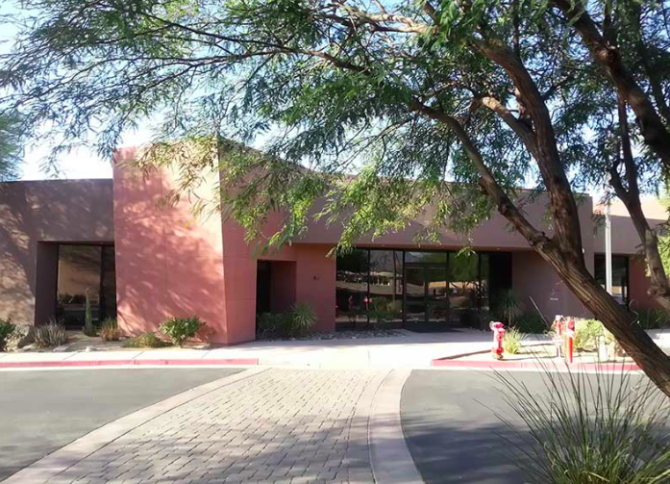 A former patient from a California rehab facility is suing after he claims an employee there coerced him into having gay sex in exchange for drugs.

Robert checked into the Sovereign Health Group’s Palm Desert facility in January 2017 for a heroin addiction. He was housed in an apartment complex, where a house manager was responsible for supervising his access in and out of the building.

The house manager at the time was a man named Adam Salcido. Almost immediately after checking in, Robert, who identifies as straight, started having horrible withdrawals.

That’s when he says Salcido took advantage of the situation.

“He proposed to me that if I would allow him to perform sexual acts and favors on me, that he would give me free drugs,” Robert alleges.

He shared with FOX 10 an email Salcido sent him that reads:

Here’s my number, if you let me s*ck your d*ck, I’ll buy you heroin! Don’t tell anyone, cause I got suspended for asking the same question once already.

At first, Robert turned down Salcido’s advances. But eventually, he says, the withdrawals became so severe he couldn’t resist.

“I was hurting pretty bad,” he recalls.

He finally gave in one afternoon when Salcico allegedly cornered him in the back of the kitchen.

There was one point where he had me trapped in the pantry in the kitchen, throwing himself at me, waving the money in my face, I made him give me half of the money before the oral sex. He saw a man in pain, imagine having the flu and the doctor waving the antidote or the medicine right in your face, you’re gonna do anything you can to get yourself better.

Robert says after allowing Salcido to perform oral sex on him, Salcido gave him $150 then granted him permission to leave the facility and buy drugs from a homeless person in a nearby park.

Afterwards, Robert reported the abuse to Sovereign Health, but he says nothing was ever done about it. So he checked out of the facility. Now, he’s suing Salcido and Sovereign Health for unlawful oral copulation and sexual battery.

“My client was weak, he was fragile, and he felt he had no other choice but to comply,” Robert’s attorney Doug Rochen says.

“They gave him money, they gave him access, all of that was at the cost of him having to feel as if he was gay, when he was a heterosexual male, by forcing him to receive oral sex.”

Robert says the incident caused his life to spiral out of control again. Not only did he relapse, but he lost contact with his family, and he says the trauma will haunt him for the remainder of his life.

“He saw me hurting in my worst state, and he completely took advantage of the situation,” he said. “It makes me feel like less of a man every time I think about it.”

Related: Luxury rehab patient wakes to learn he was sexually assaulted by another man in his sleep