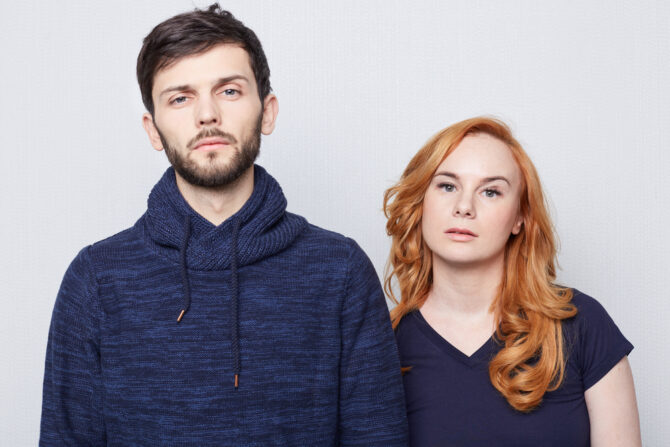 By this point, observing straight-person behavior has become an anthropological exercise for us queers. So much so that there’s a whole subreddit called “Are the Straights OK?”

Take a scroll through the posts there, and you’re bound to see countless memes from straights who are apparently miserable. (Or, to borrow a turn of phrase from the Bifocals podcasters, “it would seem that the heteros are upseteros.”) And these straights are expressing that misery through sexist, misogynist, transphobic, homophobic, and otherwise icky humor.

Then again, if straight people are acting out, perhaps it’s because they’re afraid for their very existence. Remember, according to Rep. Marjorie Taylor Greene, the cishet human is an endangered species. “Probably in about four or five generations, no one will be straight anymore,” Greene said in a speech to her supporters in May. “Everyone will be either gay or trans or nonconforming or whatever the list of 50 or 60 different options there are.” (Um, far more than 50 or 60, MTG, but that’s a start!)

Or maybe the straights getting rowdy because they’re not as straight as they presumed themselves to be: Recall that recent University of Sydney study that found that people went from straight-identified to straight-ish after merely reading a one-page documents about varying sexualities.

In any case, Twitter users are doing their best to understand straight-person behavior… and still coming up empty. Observe the tweets below, which beg for answers about the heteros among us.

look, I love the straight community. some of my best friends are straight! there's even one straight guy at work, Ben, he's so colorful! but enough with the photos of you guys kissing all the time. we don't need to see that. why do straight people throw it in your face so much?!?

why do straight people always need to say “ah sadly i’m straight” why are you sad?? honestly what are you sad about?? being accepted by society?????

Why do straight people have to tell me they're straight? Like, calm down, Janessikaren, complimenting you doesn't mean I want your vagine.

I’m sorry but why do straight people need a party to tell people they’re having a bigger party later? Like the audacity.#engagementparty #melbournelockdown

once again are the straights okay pic.twitter.com/mbuymTtWWI

gay people why are straight people so obsessed with our lives

why are straight people having a manipulative-off when it comes to dating? ? https://t.co/B3U5VUKlFI

Why are straight people like this? At least when gays finger bumholes in public it's discrete and silent

Why are straight people so confused by bisexuality? Was at work and my coworker was like

Why are straight people hung up on LGBTQ folks having a coming out story? Why do you wanna know how and why which genitals we decide to put out mouths on?

why are straight people so weird https://t.co/I90qw4ZS2B

why are straight people so loud when they talk.

Why do Straight people think the LGBTQI+ Community need their permission to exist?

Why do straight people have to announce they aren't gay so often? It's weird.

Why do straight people insist on walking when they clearly have nowhere to be? pic.twitter.com/OvfoUHuGXl

why do straight people talk about marriage like its a forced death sentence? do they know they don't actually have to get married??

why do straight people want to party on a boat so bad. like are you sure ?