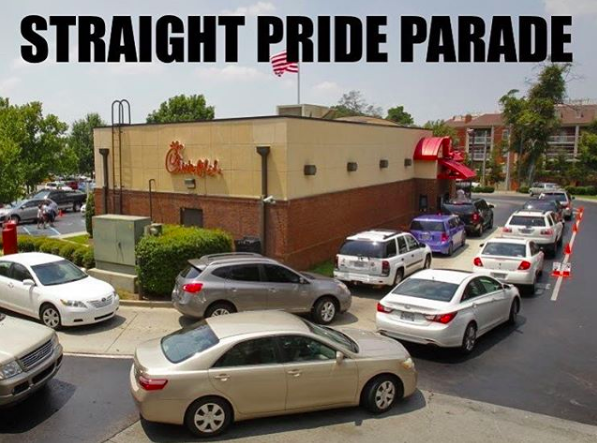 City officials in Modesto, California say they are considering granting a permit for a “Straight Pride” event scheduled for next month.

Organizer Don Grundmann from the National Straight Pride Coalition tells his local news station that the event is his group’s “cultural answer” to “anyone that supports the LGBTQ lifestyle.”

The event is scheduled for August 24, one week before the “Straight Pride” event in Boston.

Have you ever been fired from a job for being straight? Have you been banned from the USA for being Christian? No? That’s because it’s Straight pride day EVERY DAY.

City officials say their phones have been “ringing off the hook” with people opposing the event.

“We’ve been getting letters, emails, comments, and phone calls all day about it,” says city council member Kristi Ah You.

Ah You adds that, while she supports free speech and first amendment rights, but doesn’t support the idea of a “Straight Pride” event.

“I think if we ignored it and let the people do whatever they’re going to do, I think maybe four or five people would show up.”

Meanwhile, city spokesman Thomas Reeves says it may be required by law to grant the permit even though they disagree with the event.

“So although the city does not share in the beliefs of some groups that choose to hold their events here, we may not be able to deny a permit based on an organization’s values,” Reeves said.

Related: “Straight Pride” memes are the gift that keeps on giving