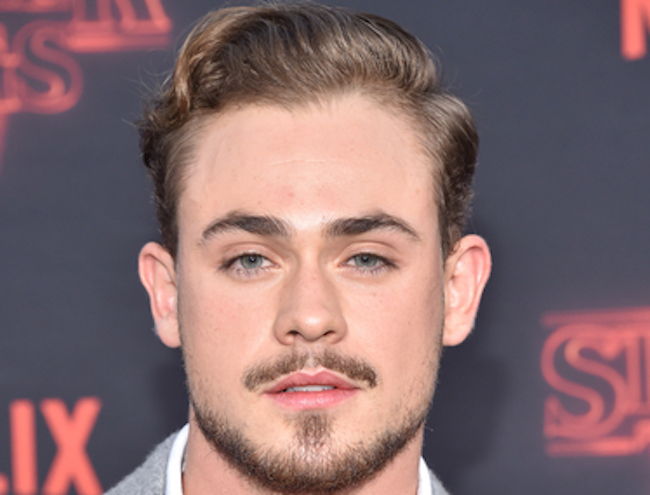 Stranger Things co-star Dacre Montgomery is opening up about those fan theories that his character is gay.

Billy — one of several new characters sprinkled into the second season of the show — is adding plenty of drama to the already-dramatic saga by proving himself a terrible bully towards Steve Harrington (Joe Keery).

This has led some viewers to think there might be some romantic subtext.

But the Australian actor was quick to shut down that line of thinking in a recent HuffPo interview:

“Somebody touched on that the other day,” he says.

I don’t think it’s like this confused, homoerotic kind of thing. I think it’s literally he’s threatened by all these characters in his life.”

Viewers have been rattled by Billy’s backstory, which includes his deadbeat dad calling him a “faggot.”

Montgomery says he found use of the slur  “jarring” but says its germane to the overall story and “needed to be left in.”

“It does scream so many things about the time and about how freely this particular character [uses] this word. So I think it says a lot more than what a douchebag my dad is.”

It’s the beginning of a lot of stuff. We sort of chatted a bit with [Stranger Things creators Matt and Ross Duffer] about humanising the villain and seeing Billy as a real person.”

He also hints the character will grow even more malignant in future iterations of the show.

“There’s something far more sinister going on with Billy,” he says. “We’ll see how that unfolds.”