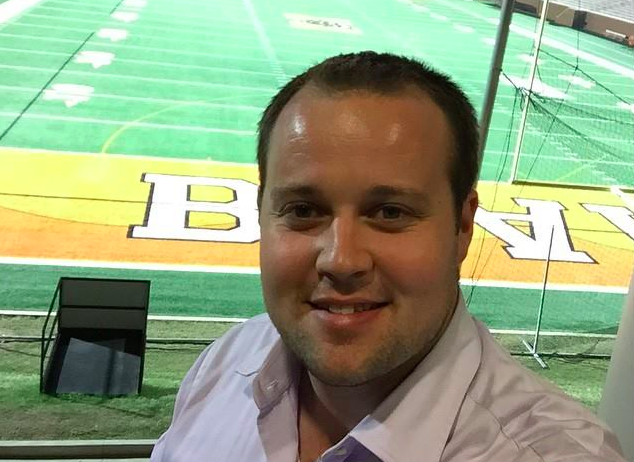 It looks like Josh Duggar is headed back to court.

The former reality TV star/antigay activist just filed a lawsuit against In Touch claiming the publication invaded his privacy in 2015 when it reported about that time he molested his two sisters plus three other girls eleven years ago. He’s also suing former Springdale Police Chief Kathy O’Kelley is and Springdale City Attorney Ernest Cate because, hey, why not?

In case you need a recap: In May 2015, In Touch alleged that, in 2006, Josh molested several young girls, including two of his sisters, while they slept. Not only that, but his parents, Jim Bob and Michelle, knew about it and tried to cover it up. After the story broke, Josh admitted the molestations occurred but insisted that God had forgiven him. As a result, TLC canceled the Duggars’ reality show and Josh lost his job at the Family Research Council.

In a new lawsuit, Josh, who purportedly works as a used cars salesman, claims that investigators with Arkansas State Police and Washington County promised to keep their reports of his misconduct confidential.

He says officials broke their word when they released his files to In Touch after receiving a Freedom of Information Act request, and that the reports were poorly redacted, containing identifying information, including both his and of his parents’ names, their address, and the identification of one of the alleged victims, his then-5-year-old sister.

“Plaintiff continues to be emotionally upset and humiliated by the disclosure of his identity as a juvenile offender and the intimate details of those acts, including the fact that his siblings were the alleged victims,” the complaint reads.

Josh now wants punitive damages for invasion of privacy, outrage, due process violations, and emotional, mental and psychological distress after he says the gossip rag “sensationalized” his incest scandal and exploited his family’s name to sell magazines.

In Touch has yet to issue a response to the lawsuit.

The city officials named in the lawsuit say they want nothing to do with Josh’s nonsense. The City immediately filed a motion to have the case dismissed, saying “The truly egregious conduct at issue was that of Josh Duggar and not the Springdale defendants.”