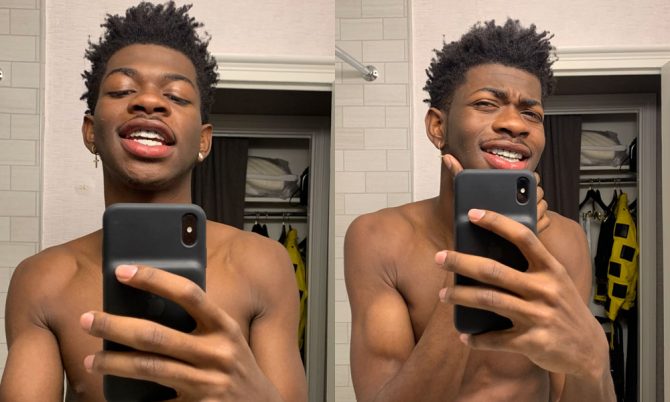 Rapper Lil Nas X had many of his Twitter followers scratching their heads over the weekend when he seemed to imply that he would be entering a life of celibacy after he turns 21 next month.

The tweet, which has received over 250K likes and 35,000 comments, left many people confused.

“I think this backwards,” another commented.

“Wait so we supposed to make love instead?” a third person asked.

Nas turns 21 on April 9, which means he has a little over a month to enjoy having sexual relations before he needs to give sex up forever.

The fact that he only has a little while longer may explain his recent penchant for late-night thirst tweets, including one from a couple of weeks ago featuring a a couple getting hot and heavy along with the caption: “Want what they have.”

want what they have pic.twitter.com/NfO955y2Mc

Minutes later, Nas asked: “Who wants me?” And when a follower asked “How big is your d*ck?”,  the rapper responded by saying he would send the guy a DM.

In other Lil Nas X news, he recently signed on to be a Calvin Klein underwear pin-up boy, along with singers Maluma and Justin Bieber.

Asked whether he prefers boxers or briefs, Nas said: “I like boxer briefs the most.”

@lilnasx is the boss. DEAL WITH IT. #MYCALVINS ? by @mario_sorrenti

The artist, formally known as @lilnasx. DEAL WITH IT. #MYCALVINS by @mario_sorrenti ?