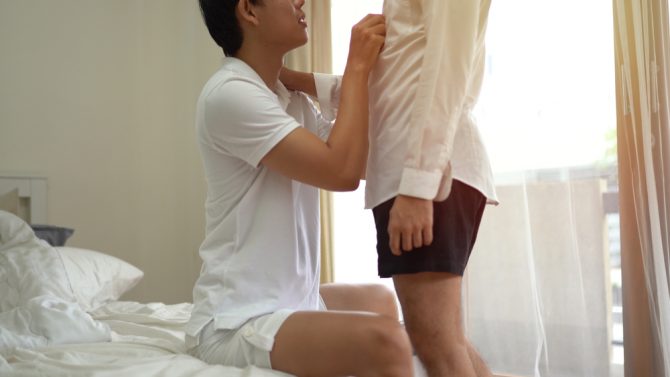 For some guys, it has to do with the idea of not being “clean.” Let’s face it, we’re talking about insertion in the same place where our body eliminates things it doesn’t need. It takes some concerted effort and work to manage feeling, smelling, and looking clean, from certain diet choices to hygiene regimens. For some, this is just an immediate turn off, and isn’t something they want to work through, and that’s OK!

For other guys, it has to do with the penetration or insertion into another body, which can be a very vulnerable thing. If you’re the bottom, you literally have to accept someone else inside you. You can’t feel much more defenseless than that. For the top, it involves taking on that responsibility, and might just seem like too much for some.

If any of these are the case, there’s the possibility of working through your fears with a therapist or another supportive person, including a comfortable and patient sex partner with whom you can experiment. Many times, our fears are unfounded or based in something irrational, in which case we can get past them.

But it’s also possible that you simply aren’t that into it. Some guys just aren’t. And there is absolutely nothing wrong with that either!