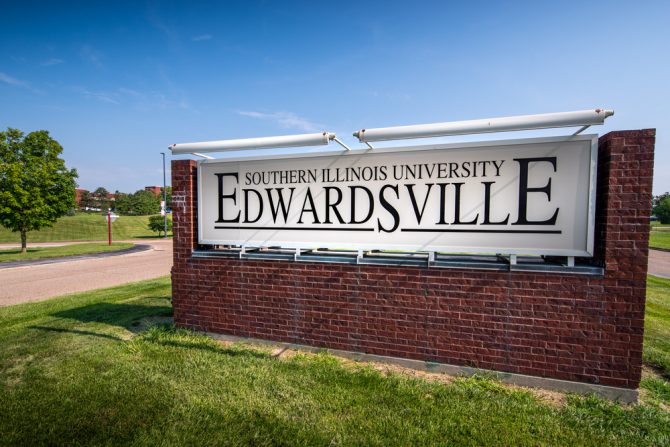 A student from Southern Illinois University Edwardsville says he’s become a target after speaking out against members of a campus fraternity for hazing and using racist and homophobic slurs.

18-year-old Arluan Van Hook is a sophomore at the university. He says the last several months have been a living hell for him after members of a fraternity at the university decided to single him out last March.

“I have dealt with racism [and] hazing, and I’ve witnessed homophobic slurs,” he tells local media. “And that’s not something that I personally stand for.”

“I’ve been told all African Americans live on welfare and just off government assistance. I’ve been called the N-word.”

Van Hook also says he was hazed, claiming he was “pulled” and “pushed around in the dark woods.” As a result, he’s had to seek therapy.

“I have not been harmed physically, no, but mentally I’m going to counseling every other week,” he says.

He’s also had to move out of his dorm and back in with his parents out of concerns for his safety. And he now requires a police escort while going from class to class.

The school says it’s investigating Van Hook’s claims of hazing and of racial and homophobic slurs used by members of the fraternity.

“This disrespectful behavior is unacceptable,” spokesperson Megan Wieser said, adding that the school has issued a no-contact order between Van Hook and all members of the fraternity.

“I just want those guys to be held accountable,” the 18-year-old says. “It’s changed my life.”