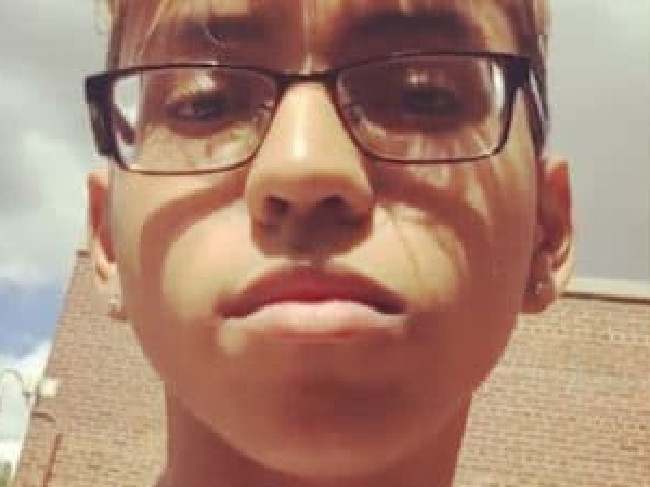 It’s been revealed that a Bronx teenager accused of stabbing a bullying classmate to death was ceaselessly tormented by homophobic, antigay slurs until he reached a breaking point.

Family and friends reveal 18-year-old Abel Cedeno was repeatedly abused by another student.

The incidents were reported to staffers at his Bronx high school, but no one came to his aid.

Related: Ex-Bully Comes Out As Gay, Apologizes For Homophobic Torment

“After it had been reported numerous times and there was no reaction from the school, Abel felt [there was] no other way out.”

Cedeno has been placed under suicide watch and is being held without bail in the wake of the murder of 15-year-old Matthew McGree.

Another student was also stabbed by Cedeno as frightened peers in his history class watched.

According to Assistant District Attorney Nancy Borko, “The defendant admits to purchasing a [switchblade] knife two weeks before online and stabbing two people.”

Members of his family sat in the third row during the hearing at the Bronx Criminal Court hearing, openly weeping.

They left the courtroom without addressing the media. Many of them stood, trying to get Cedeno’s attention as he was led into the courtroom.

Questioned by Judge Patsy Gouldbourne about an order of protection given to the victim who survived, Cedeno replied, “Yes, I understand, your honor.”

“We are currently meeting with our client and his family and reviewing the facts and circumstances of this case, including the long history of bullying and intimidation Abel has endured.”

According to New York Daily News, there hasn’t been another fatal stabbing inside a New York City school since February 1993.

Family friend Iris Couvertier spoke to Abel after his arrest.

“Those two kids in the class, they hit him,” she tells NY Daily News. “He said that they hit him in the face. He said it’s because he’s gay or bisexual.”

Hornbeck claims it wasn’t unusual for Cedeno to come home in tears after ongoing bullying incidents.

On the other hand, NYPD Chief of Detectives Robert Boyce claims this was the first real dispute between Cedeno, McCree, and Ariane Laboy, the 16-year-old who survived.

Cedeno “said he had problems before at the start of school, but not with these two individuals,” said Boyce. “He said he was being harassed, but that is all he said.”

Officials at the City Education Department officials refused to say whether Cedeno told anyone on the faculty about the alleged bullying incidents, citing “student privacy laws,” according to NY Daily News.

Asked if he was being bullied, Cedeno mouthed “yes” as police escorted him out of the precinct on Wednesday, dressed in pink T-shirt and grey hoodie.

The accused reportedly snapped after McCree and Laboy broke pencils and threw the broken pieces at him.

He reportedly came after McCree with a stainless steel switchblade, stabbing the victim in the chest and torso.

Police say Medeno “never went into specifics” as to why he was targeted by McCree, Laboy, and other classmates.