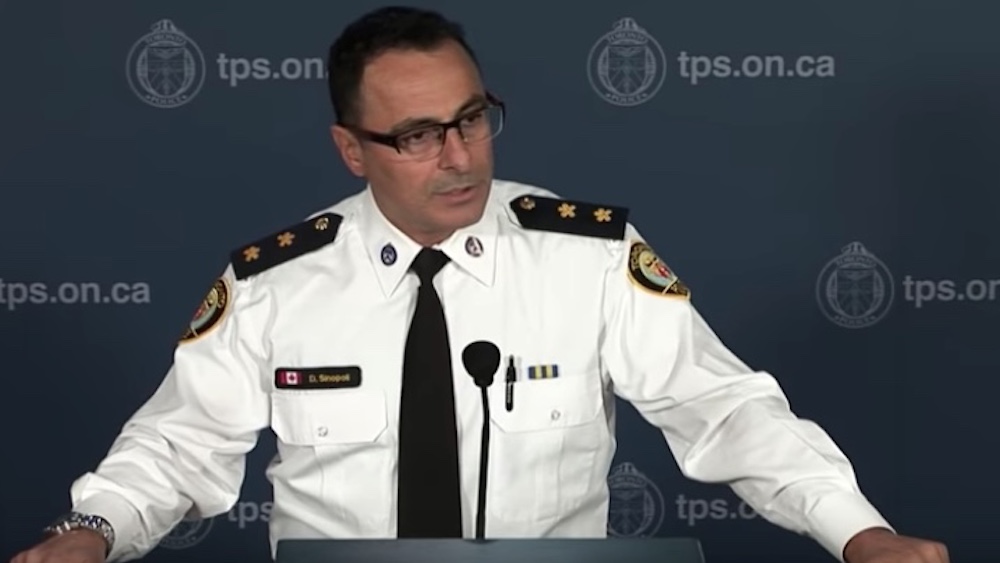 St. Michael’s College School — a private, all-boys Roman Catholic school for grades 7 through 12 in Toronto, Ontario, Canada — has come under police scrutiny after a video surfaced of student football players forcibly sodomizing a boy with a broomstick while other held his legs down.

According to City News 1130, the school immediately expelled four students involved in the assault. The school has approximately 1,080 students.

Police have arrested six students so far and charged them with “gang sexual assault, sexual assault with a weapon, and assault,” according to Vice News. Five of the accused teenagers turned themselves in. The sixth was arrested at school.

At a press conference yesterday, Toronto Police Inspector Dominic Sinopoli said, “We have reason to believe there are more incidents and more videos.”

In fact, a second video has already surfaced of basketball team members slapping the skin of a boy clad only in wet underwear. The school expelled an additional four students involved in that incident.

These assaults are a brutal reminder of the very real existence of male rape.

The Rape, Abuse & Incest National Network (RAINN) estimates one in 33 men will be sexually assaulted during their lifetimes. RAINN says men account for 10% of all reported rapes, but the 2014 National Crime Victimization Survey says 38% of rape survivors are men.

The rates of male sexual assault are even higher for gay and bisexual men. The National Sexual Violence Resource Center’s  2015 report said over 40% of gay men and 47% of bi men will report some sort of sexual violence other than rape during their lives.