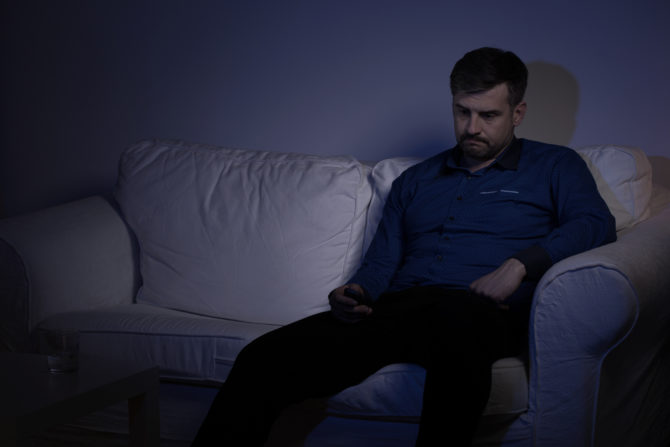 Here’s some happy news! A groundbreaking new study has determined that loneliness and isolation have a greater impact on a person’s life chances than their weight.

The study was led by Dr. Julianne Holt-Lunstad, a professor of psychology at Brigham Young University in Utah. Researchers looked at more than 200 cases and found that, while obesity increases a person’s chances of an early death by 30%, loneliness can increase it by a whopping 50%.

“Being connected to others socially is widely considered a fundamental human need– crucial to both well-being and survival,” Holt-Lunstad says.

Weak social connections, researchers determined, increase a person’s risks of having a lower quality of life, which, in turn, increases their risks of a premature demise. This includes being single, moving to a new city, or not having enough regular social interaction with others.

“Extreme examples show infants in custodial care who lack human contact fail to thrive and often die, and indeed, social isolation or solitary confinement has been used as a form of punishment,” Holt-Lunstad says.

So what’s the ultimate takeaway from all this?

“Social isolation and loneliness significantly increase risk for premature mortality, and the magnitude of the risk exceeds that of many leading health indicators,” Holt-Lunstad explains.

And the problem doesn’t appear to be getting any better either.

“With an increasing aging population,” Hold-Lundstad adds, “the effect on public health is only anticipated to increase. Indeed, many nations around the world now suggest we are facing a ‘loneliness epidemic’.”

Have a great day!