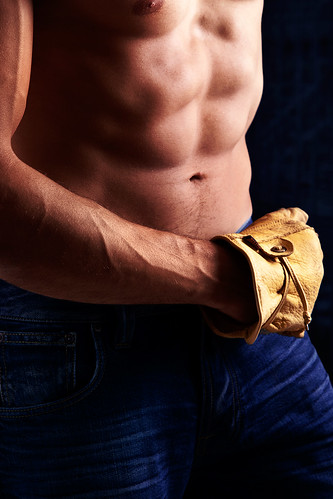 In a British study reported by Pink News UK, 48% of gay men say they’d give up “a year or more of their lives” in exchange for the perfect physique.

Well, if it’s one of those years at the end, when you’re all old and wrinkly, why not? (Kidding!)

But in all seriousness, it’s not exactly breaking news that gay men are more zealous about going to the gym—and, yes, maybe a little more body-obsessed, too—than our straight counterparts. Only a third of them said they’d kick off early for a hot bod.

Still the numbers are certainly striking.

Of course only 394 men were polled in the survey, but if the numbers truly represent a good sample, one in ten gay lads are downright Faustian body queens: They’d lop off a whole decade or more, “if they could have their ideal body now.”

Would the study’s results have been vastly different in America, given our obesity epidemic? We’d venture to say no, because most gays gravitate towards cosmopolitan centers where people tend to be skinnier. But we have a feeling the results wouldn’t be quite as drastic as that of these skinny British bitches, though.

There you have it: gay men are dying to have the perfect body. Recent gay-blog evidence confirms: