While fashion is often considered a luxury out of reach for most people, a whole group of designers is bringing fashion to the streets, finding new ways to make it accessible and relevant to all.

Style has long been one way in which queer people find each other and express the beauty of their difference to the larger world. Queer designers have helped liberate us from convention, often enforced through outdated ideas about what attire is acceptable based on gender and heteronormativity.

This pride season, the following designers caught our attention not just for their aesthetic sensibilities but their devotion to our cause. 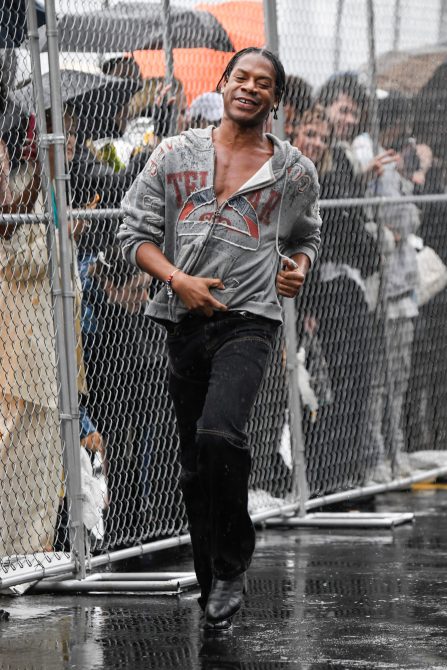 Telfar Clemens’ life story begins in war. Growing up in Liberia with his mother and four siblings, he escaped to New York during the outbreak of the second Liberian Civil War (1999-2003).

Craving peace and creativity, he turned to fashion as his solace. As a student at Pace University in 2005, Clemens created a unisex line out of reconstructed vintage clothing, a decade before the appreciation of the gender continuum became a big thing on major label runways. Since his brand’s founding, the queer Queens resident has created a stylish line with classic but eccentric takes on pop design, influenced by designers from Jean Paul Gaultier to Yohji Yamamoto, that he calls “simplexity.”

In 2017, Clemens famously designed 400 uniforms for White Castle, making the fast-food chain’s workers the most fashionable in the industry. (Proceeds went to bail funds for teenagers imprisoned on Rikers Island.) That same year Clemens used a $400,000 CDFA/Vogue Fashion Fund award to produce a leather bag that is now ubiquitous throughout New York.

In early 2020, on the verge of international acclaim, Clemens announced a collaboration with Gap Inc. However, the collection, like Clemens’ brand, will have to wait for the post-pandemic to be enjoyed.