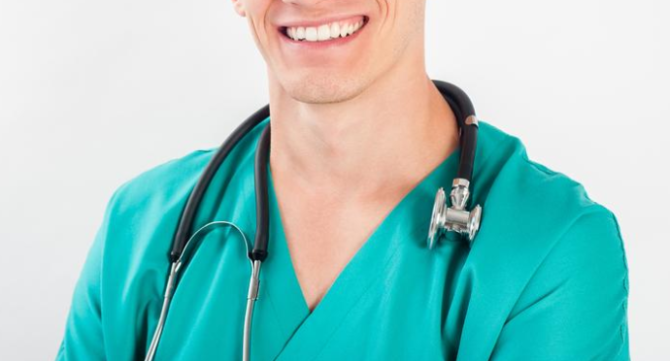 UPDATE: After the time of this post, The Sun removed the original piece from their website, citing “legal reasons.”

In what just might be the worst reporting of the year thus far, British tabloid The Sun has unleashed their investigative department on a 23-year-old nurse. Why? He had the audacity to work in the — gasp! — gay adult film industry while putting himself through nursing school.

It’s shocking that an article like this would be printed in the year 2017. Even more offensive are the photos The Sun covertly took of the nurse — whom we won’t be naming here — taking out his garbage, alongside racy stills from his films.

An anonymous source told the rag: “No one at the hospital knew of his background. He’s only just got the job.”

The “article” ends abruptly, not even attempting to offer any bit of reasoning as to why it was in the public interest to reveal the man’s past. Nope, just a completely unnecessary and potentially damaging invasion of privacy.

Related: Everyone’s Pissed At This Straight Journalist Who Used Grindr To Out Gay Athletes In Rio

Readers of The Sun are no doubt used to some degree of shenanigans from the notorious tabloid, but there was no getting around the sheer backwards approach to this public shaming.

“What a disgrace the sun newspaper truly is,” wrote one commenter. “To slander a 23 year old who’s got his foot in the door with an excellent job! Let him keep his private life/ hobbies to himself. He’s a bloody excellent nurse!”

“What a disgusting invasion of privacy with absolutely no public interest,” said another. “It just goes to show how vile a human being the author really is.”

The comments continue on with similar disgust, and we can only hope publishers at The Sun have learned that homophobic hit pieces are not an acceptable path to continue down.