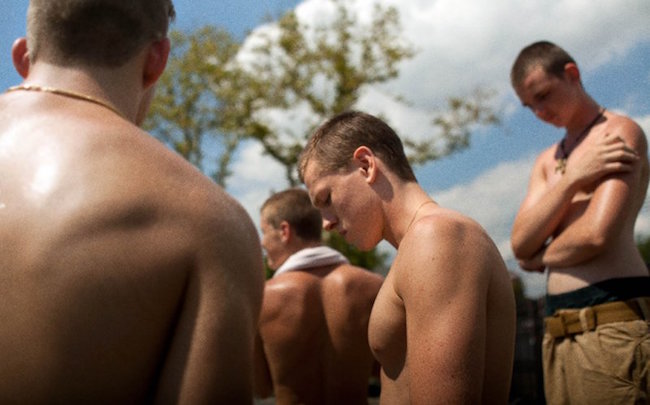 This the first we’ve heard of Beach Rats, a film The Daily Beast is hailing as “the rare gay drama, and maybe the next wave of queer storytelling, that makes you feel uncomfortable.”

Eliza Hittman’s followup to It Felt Like Love is set in Coney Island and centers around Frankie, a teenager who compulsively cruises gay hookup sites that stars model-turned-actor Harris Dickinson, who reportedly gives “one of the most grueling, sensual, and captivating star turns at Sundance.”

“And,” The Daily Beast is eager to point out, “certainly one of the most enticingly naked.”

Well, we’d by lying if we said we weren’t curious.

Related: Well. So Here’s Every Sex Scene In “King Cobra.” (And There’s Plenty.)

As The Guardian reports, “Hittman was inspired to make Beach Rats after seeing a shirtless selfie online, captivated by the fine line between heteronormative bravado and homoeroticism.”

“I was completely happy to be part of something that did normalize male nudity,” Dickinson, who’s straight, tells The Daily Beast.

I was talking to someone the other day who asked about it, and I said to them, “Have you seen how much female nudity there is throughout the history of film and TV?” So yeah, I was comfortable with it, and I’m quite comfortable with my sexuality and my body.”

There’s no official trailer yet, but you can at least get acquainted with Dickinson through this “selfie interview”: