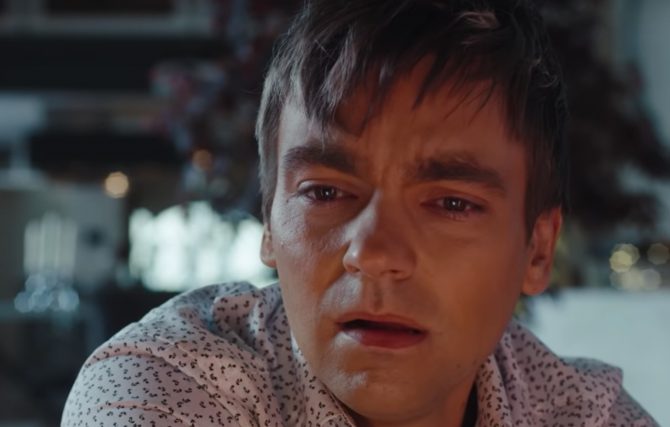 One of those siblings is played by┬ĀDrew Tarver, whose character Carey is a struggling gay actor in Los Angeles ŌĆö a rare bird, indeed.

Thursday nightŌĆÖs episode found Carey surviving a bad date. Processing the experience back at home, he did a full┬ĀCall Me By Your Name.

No, not the peach ŌĆö the fireplace.

Towards the end of the scene, which is delivered so deadpan itŌĆÖs almost sad, youŌĆÖll hear the voices of┬ĀCareyŌĆÖs mother (Molly Shannon) and sister (Hel├®ne Yorke).

And hereŌĆÖs a look into the world of Instagays┬Āfrom earlier this month that features Jimmy Fowlie:

In February, Comedy Central renewed┬ĀThe Other Two for a second season.

Actor who bared it all on ŌĆśEuphoriaŌĆÖ says nope, not a prosthetic

Actor who bared it all on ŌĆśEuphoriaŌĆÖ says nope, not a prosthetic