Anyone desiring a bit more gayness with their superheroes—and the moral questions they pose—should make sure to check out HBO’s new series Watchmen. A sequel to the landmark graphic novel, Watchmen picks up 30 years after New York was destroyed in an alien attack. The city of Tulsa has allowed its police force to don masks, essentially creating a vigilante superhero force in the process. The murder of a police chief sets a sinister plot in motion, with only Sister Night (Oscar-winner Regina King) left to unravel the true mystery. King dominates the screen with her tough-as-nails performance, and fellow Oscar alum Jeremy Irons has a ball as the aging gay hero Adrian Veidt. Jean Smart, of Designing Women also gives the performance of her life as the former hero turned FBI agent Laurie Blake. Watchmen has a lot more queerness going for it, though we can’t reveal all the details here. Suffice it to say it’s a groundbreaking series like nothing else out there, and one which dares raise the question: given all the evil in human history, is someone who saves humanity a hero? Or is he a villain?

The We Know You Wanna: Will & Grace Season 11

Sometimes Halloween comes early. A sudden shifting of the NBC fall schedule bestowed an early gift from the Great Pumpkin on us all: the return of Will & Grace for it’s final final season These last 18 episodes pick up after the wedding of Jack (Sean Hayes) to Estefan Gloria (Brian Jordan Alvarez) and finds Grace (Debra Messing) unexpectedly expecting. Yes, she’s preggo. Karen (Megan Mulally) is also on hand to give Will (Eric McCormick) some lessons in phone sex with his boyfriend McCoy (Matt Bomer). As with old friends, we can’t help but feel comforted sharing in the lives of Will, Grace, et. al. We’ve said goodbye before, and even as we prepare to do it again, can’t help but wonder if we might see them have some new adventures yet again in the future.

One of the best—and most inspiring—documentaries this year, Gay Chorus Deep South makes the leap from the film festival circuit to a theatrical release in select cities. The film follows the Gay Men’s Chorus of San Francisco on a tour of the reddest of red states in hopes of bridging the political divide and appealing for queer acceptance. Hate follows the chorus on its journey—though in a twist, it comes from places you might not expect. By turns funny and moving, Gay Chorus Deep South leads by example, reminding viewers that ending division starts with a very simple gesture: making friends.

Out-gay director Ira Sachs (Keep the Lights On) returns with another quiet drama, this one featuring an all-star cast that includes Isabelle Huppert, Marissa Tomei, Greg Kinnear, and Brenden Gleeson. Frankie follows the title character (played by Huppert) as she struggles to make peace with her family—including her gay ex-husband–in the last days of her life. Quiet, elegiac and thoughtful, Frankie is not for everybody. That said, audiences that can get on board with a showcase for great actors, or the majestic scenery of the mountains of Portugal, will have found a most peculiar treasure in the film.

For anyone desiring some queer superheroics in a story not quite as heady as Watchmen, the campfest Kappa Force lands on the streaming service Pluto this week. Set at a major, unnamed university, the series follows freshman Jen (Madeline Weinstein of Alex Strangelove) as she joins forces with a superhero sorority to capture a frat boy supervillain, known only as The Douche. It’s that kind of show.

Streams on Pluto and XUMO October 27.

With Halloween coming up this week, a gay spooktacular seems in order. It doesn’t get much gayer than The Paul Lynde Halloween Special, a campy and weird (and we mean weird) celebration starring the titular staple of Hollywood Squares. Lynde’s co-stars on this oh-so-70s hot mess: none other than Margret Hamilton, reprising her role as the Witch from The Wizard of Oz, Betty White as a Halloween beauty queen and Billie Hayes of H.R. Puffinstuff. It must be seen to be believed: the special is truly bizarre, wacky hilarious and gayer than gay Halloween…which says something.

On a note far more serious, author Camryn Garrett makes her debut this week with a novel unlike any other. Full Disclosure follows the life of Simone, an African-American teenager who arrives in high school with a secret: she’s HIV+. When a note appears in her locker threatening to expose her secret, Simone works to discover her mysterious blackmailer…and must confront the stigma against HIV. Garrett wrote Full Disclosure as a teenager herself. Now 19, it marks her debut as a promising young author, and brings the history of the disease—and prejudice against it—to a new generation. 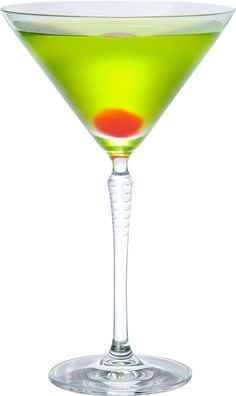 For a bit of sippage this Halloween–especially necessary if braving The Paul Lynde Halloween Special–sip on this fruity martini. No doubt the treat will have you ready to trick

Shake ingredients over ice in a martini shaker. Serve.