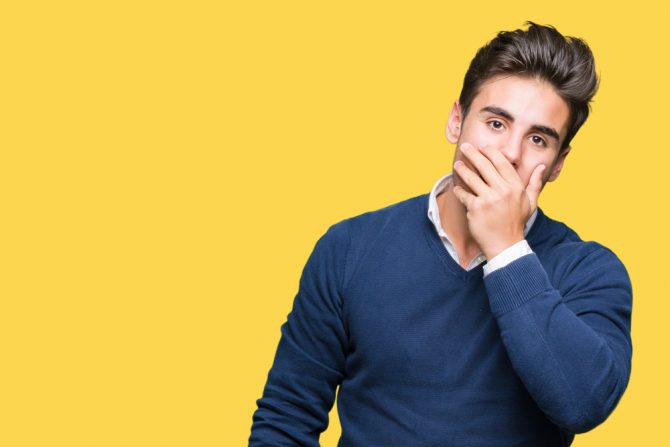 A lot of people don’t particularly love the sound of their own voice, but imagine being rejected for your voice like the Reddit user who revealed that two dates have spurned him because of the way he talks. He said that his latest date liked his looks and conversation but found his voice “too high-pitched.” Kinda makes you hate humanity, right?

“I honestly just want to become mute or rip my vocal cords apart,” the user added. “I would have better chances dating. I’m becoming increasingly self-conscious about it. And I’m actually scared of meeting guys in real life because of that. I’ve tried voice-lowering techniques, but they don’t seem to work. I hate my voice with a passion. Anyone else relates?”

In short, yes, plenty of guys in the r/askgaybros subreddit could relate — and many offered advice and comfort to the original poster.

“I don’t love mine either, but I feel like it’s one of those things where ‘it is what it is,’” one commenter wrote. “If someone can’t look past your voice, then they don’t deserve the rest of you!”

Another said he has an “awful Southern accent” that makes him “sound dumb” and has embarrassed him to the point where he’s quiet and shy. But even that commenter was philosophical about it. “Learn to live with it,” he advised. “You have everything else. A lot of dudes would trade you their deep voice for good looks in a heartbeat. Play up your assets, to yourself and others.” (Another commenter replied to that guy, however, to say that Southern accents are “sexy as f*ck.”)

One commenter asserted that it’s “pretty shallow” to reject a person because of their voice. “Especially because I feel like even if you don’t like it at first, it’s something you can get used to and start to enjoy when you get to know and like the person for who they are,” he added.

And another user observed that this kind of rejection is “indicative of their nasty superficial side,” adding, “You don’t need to be around such people. It’s their loss, not yours.”

Perhaps the best advice came from the commenter — another person who hates his voice — who wrote, “I’ve had enough hookups and relationships to know it’s what you say with your voice that matters.”