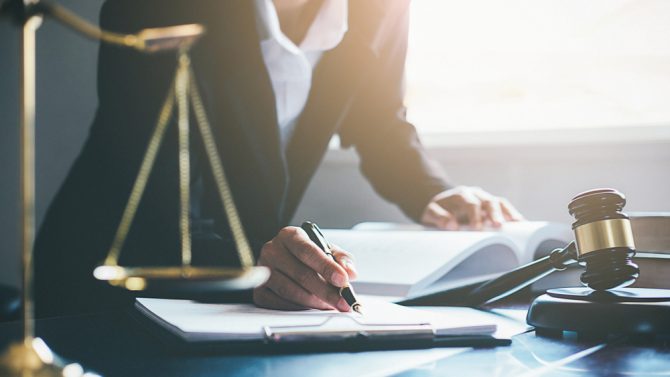 In another distressing sign of the times, the Supreme Court will hear arguments in a case to decide whether or not LGBTQ people are protected under Title VII of the Civil Rights Act. Those protections will determine the legality of firing an employee for being queer.

“The issue for the court is the reach of Title VII of the Civil Rights Act of 1964, which, besides protecting against workplace discrimination because of race, also prohibits discrimination ‘because of sex,’ reports The Washington Post. “For 50 years, courts read that to mean only that women could not be treated worse than men, and vice versa, not that discrimination on the basis of sex included LGBTQ individuals. The Trump administration says that is what the Supreme Court should find as well.”

Needless to say, the final decision of the court will have far-reaching consequences for LGBTQ Americans, especially in the hostile climate of the Trump era. Donald Trump has already appointed two Supreme Court Justices–Neil Gorsuch and Brett Kavanaugh–making the court rightward leaning.

The court will rule on three different cases, which will determine the protections of Title VII for LGBTQ Americans. One of those cases, R.G. & G.R. Harris Funeral Homes Inc. v. Equal Employment Opportunity Commission, concerns a woman fired from her job at a funeral home after coming out as transgender. The other two cases, Altitude Express v. Zarda and Bostock v. Clayton County, resulted from employees losing their jobs for being gay. In the cases of Zarda and Harris Funeral Homes, appeals courts ruled that Title VII does cover LGBTQ protections. Thus, the employees in question were wrongfully terminated.

In the case of Bostock, a Court of Appeals ruled that Title VII protections do not apply to queer Americans.