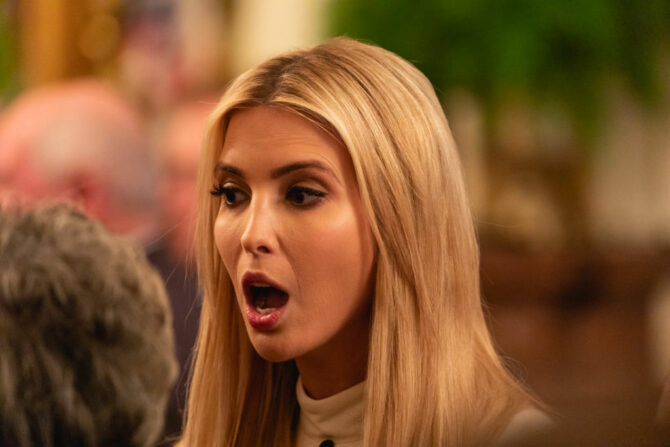 We always knew it was only a matter of time before Ivanka Trump flipped on her father to save herself, and it appears that day might finally be upon us. The former first daughter is currently testifying before the January 6 committee, according to three people familiar with the situation.

Ivanka, who was with her dad most of the day on January 6, is speaking to the committee virtually, one week after her husband, Jared Kushner, gave more than six hours of his own testimony. And nobody knew this was even happening today until about an hour ago.

Ivanka Trump is one of more than 800 witnesses the committee has interviewed as it works to compile a record of the attack, the worst on the Capitol in more than two centuries. She’s the first of Trump’s children known to speak to the committee and one of the closest people to her father.

Her decision to cooperate is significant for the committee, which has been trying to secure an interview with her since late January. It comes less than a week after her husband, Jared Kushner, testified to the nine-member panel in a virtual meeting that lasted more than six hours. Members of the committee said his testimony was helpful and are hoping to further fill in the gaps with her help.

In January, Mary Trump went on MSNBC to predict Ivanka would eventually flip on her own father and was likely making a “calculation” as to what will “help her in the long run.”

“She knows she has to come down on the right side of things. Or, she’ll continue to stay her father’s ally, and have to see how that plays out,” Mary said. “She’s in a very bad situation because she must understand that if Donald feels it’s necessary, he will stop protecting her.”

It’s cool that Ivanka Trump is testifying in front of the Jan. 6 committee, but I’d rather see her being forcefully escorted from her residence in hand & ankle cuffs in the middle of the night.

Don’t be fooled by Ivanka Trump. She’s just as bad as her father.

Ivanka Trump is trending….Did she and her dad finally start dating?

Prediction: Ivanka will one day call herself Ivanka Kushner.

Ivanka Trump Tweeted to her Daddy's band of insurrectionist and murderers that they were "patriots" on January 6th. A Tweet that was later deleted. Never forget this.

I feel sorry for the January 6th Committee, having to listen to Ivanka take the Fifth over and over today in that fake whisper-porn voice of hers.

Ivanka Trump is testifying before the January 6th Committee today.

In other breaking news, her father just issued a statement saying, in part, “I never met her, but if I did, I would totally date her.”