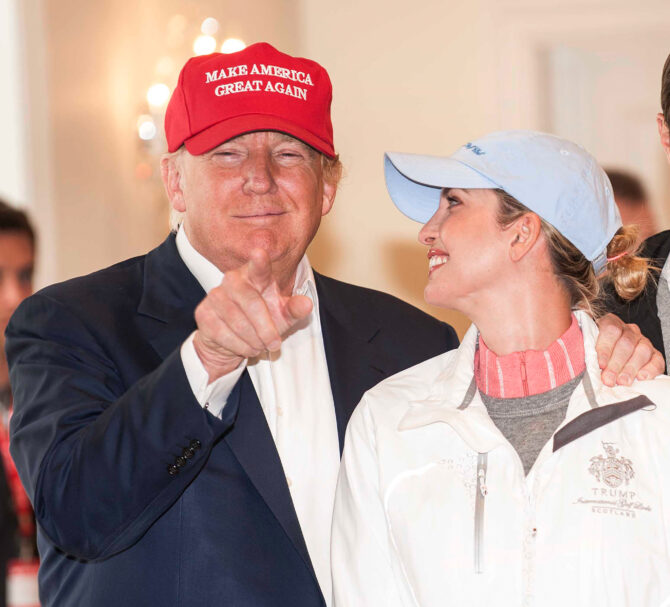 The House committee investigating the January 6 attack on the U.S. Capitol has interviewed nearly 500 witnesses so far and the AP just reported on some of the latest findings, including what Ivanka Trump allegedly said about Mike Pence hours before the insurrection.

According to congressional testimony, after Pence refused to follow Donald Trump‘s orders to reject the Electoral College votes on the morning of January 6, 2021, the former first daughter turned to retired Lt. Gen. Keith Kellogg and said, “Mike Pence is a good man.”

Now, why is this significant? To understand, we need to go back to something Mary Trump said on MSNBC last month.

Speaking to Alex Witt, Mary predicted that Ivanka will eventually flip on her own father if she feels it’s in her best interest.

“She knows she has to come down on the right side of things,” she said. “Or, she’ll continue to stay her father’s ally, and have to see how that plays out.”

Mary added that Ivanka is likely making a “calculation” as to what will “help her in the long run.”

If it’s true that Ivanka called Pence “a good man” on the morning of January 6, then it suggests two things: 1. Her moral compass might not be completely broken, just severely damaged, so maybe, just maybe, she’ll do the right thing, and 2. It provides her with precisely what she would need to throw her father under the bus when the time inevitably comes. She can now say, “You see! I was on the right side of things! I supported the vice president! And there are witnesses who can corroborate it!”

Of course, the most patriotic thing Ivanka could do right now is simply comply with the January 6 panel’s request for an interview that she was sent on January 20, but somehow we don’t think that’s gonna happen. She’s also not responding to requests for comment on this latest you’re a “good man” Mike Pence development.

Ivanka Trump turned to the General and said “Mike Pence is a good man” after Pence rebuffed her fathers demands that he overturn the election.

What does that make her father? https://t.co/h7jaTtwRHR

One of Trump’s kids knows EVERYTHING that will bury him. My money is on @IvankaTrump!! Would she flip on her dad to save herself? Hell yes she would! What better revenge for your abuser??

Seriously? Stop trying to normalize or rehabilitate Ivanka Trump. She is complicit in every immoral and illegal action commited by her father and her backdoor channel to enemies husband. You know it!

Sounds like her PR team is putting this BS out to clean up her dirty reputation.

Ivanka is too busy helping her daddy sort through boxes to talk to the 1/6 panel. https://t.co/CxREYtai0l

@IvankaTrump did you flip yet? I’m guessing you’re a yes on brother D Jr.