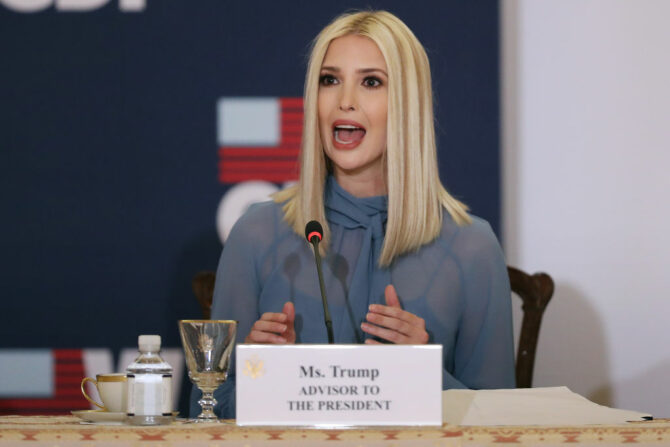 Ivanka Trump testified before January 6 committee last week and it sure sounds like she flipped on her father.

The former first daughter spoke to the panel for eight hours last Tuesday. Afterward, Committee chair Rep. Bennie Thompson described her testimony as cooperative. Meanwhile, Rep. Liz Cheney told CNN Ivanka was “helpful”, adding, “It’s absolutely clear that what President Trump was doing, what a number of people around him were doing, that they knew it was unlawful.”

Related: Ivanka testified before the Jan. 6 committee yesterday and it sure sounds like some tea was spilled

In an appearance on The Stephanie Miller Show on Friday, Kirschner said he thinks Ivanka’s testimony was bad for her father based on previous reports that she tried numerous times on January 6, 2021 to get him to call off the deadly attack on the U.S. Capitol.

The legal expert, who has repeatedly called on the DOJ to indict the twice impeached ex-president, added, “Ivanka tried and failed, so we sent her back into the Oval Office a second time because she can be pretty tenacious, and she couldn’t get her father to stop the attack on the Capitol.'”

He then assessed “that is a president in a very real way, waging war against the United States. Even his own daughter couldn’t stop him. That is deeply incriminating information. Presumably, it’s been provided by Ivanka under oath to the J-6 committee, and if I were prosecuting the case, she would be one of the very early witnesses I called.”

Per The New York Times:

Ms. Trump was one of several aides who tried to persuade the president to call off the violence that ultimately injured more than 150 police officers and sent lawmakers and Vice President Mike Pence fleeing for safety, according to evidence gathered by the committee. She is not known to have been associated with the more extreme supporters of the former president who spread lies about widespread fraud after the 2020 election and planned efforts to try to keep him in power.

Eric is the dumbest, Ivanka is the coldest, and Don Jr. is the meanest.

All three are equally greedy and corrupt.

Boy, Ivanka and Jared really want to get back in with the New York high society crowd, don’t they?

Wondering what else Ivanka talked about for hours with the committee pic.twitter.com/pP2MQ21bTZ

Do you think Ivanka threw Don Jr. under the bus?

I believe Mary Trump said this is exactly what would happen.

Well, it’s said she is the smart one of his kids.

I knew she would save herself.

Jared and Ivanka testified earlier this week and now the January 6th committee says they have enough evidence on Trump for criminal referral.

In January, Mary Trump went on MSNBC to say Ivanka would eventually flip on her father to save her own skin and was likely making a “calculation” as to what will “help her in the long run.”

“She knows she has to come down on the right side of things,” Mary predicted. “Or, she’ll continue to stay her father’s ally, and have to see how that plays out.”