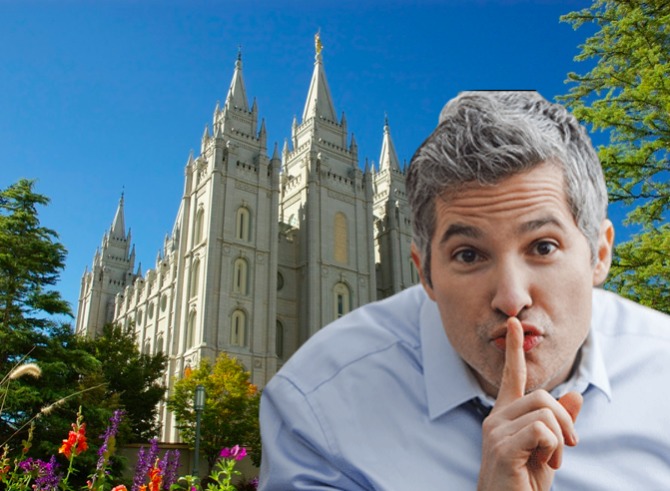 Eye-rolling news out of Utah: the Church of Latter-Day Saints has issued a formal opposition to a proposed statewide ban on conversion therapy.

The move marks a complete reversal of an earlier stance when the LDS church said it would not oppose similar measures earlier this year. The official position of the church now says the proposed bill doesn’t contain enough religious exemption, or the “important realities of gender identity in the development of children.”

Related: The President of the Mormon Church lashes out against marriage equality…yet again

Supporters of the ban decried the move by the church, which has a long and sordid history homophobia. “It’s a fear tactic, and it’s a control tactic,” said conversion therapy survivor Justin Utley. Now age 41, Utley says he attempted suicide after attending conversion therapy sponsored by the LDS church. “They have once again interjected themselves in a discussion that they have no business being involved in. This is about mental health, it’s not about getting an exemption for mistreating people.”

The sudden reversal by the church comes after a top elder, Dallin H. Oaks, admitted that the faith doesn’t understand “why same-sex attraction and confusion about sexual identity occur.” He also remarked that gender assigned at birth is “essential to the plan of salvation.”

Despite Oaks’ comments, polls show 85% of Utah residents support the bill, as does Governor Gary Herbert, himself a Mormon. As a practice, conversion therapy has been widely denounced within the medical and psychiatric communities as ineffective and extremely damaging to patients.