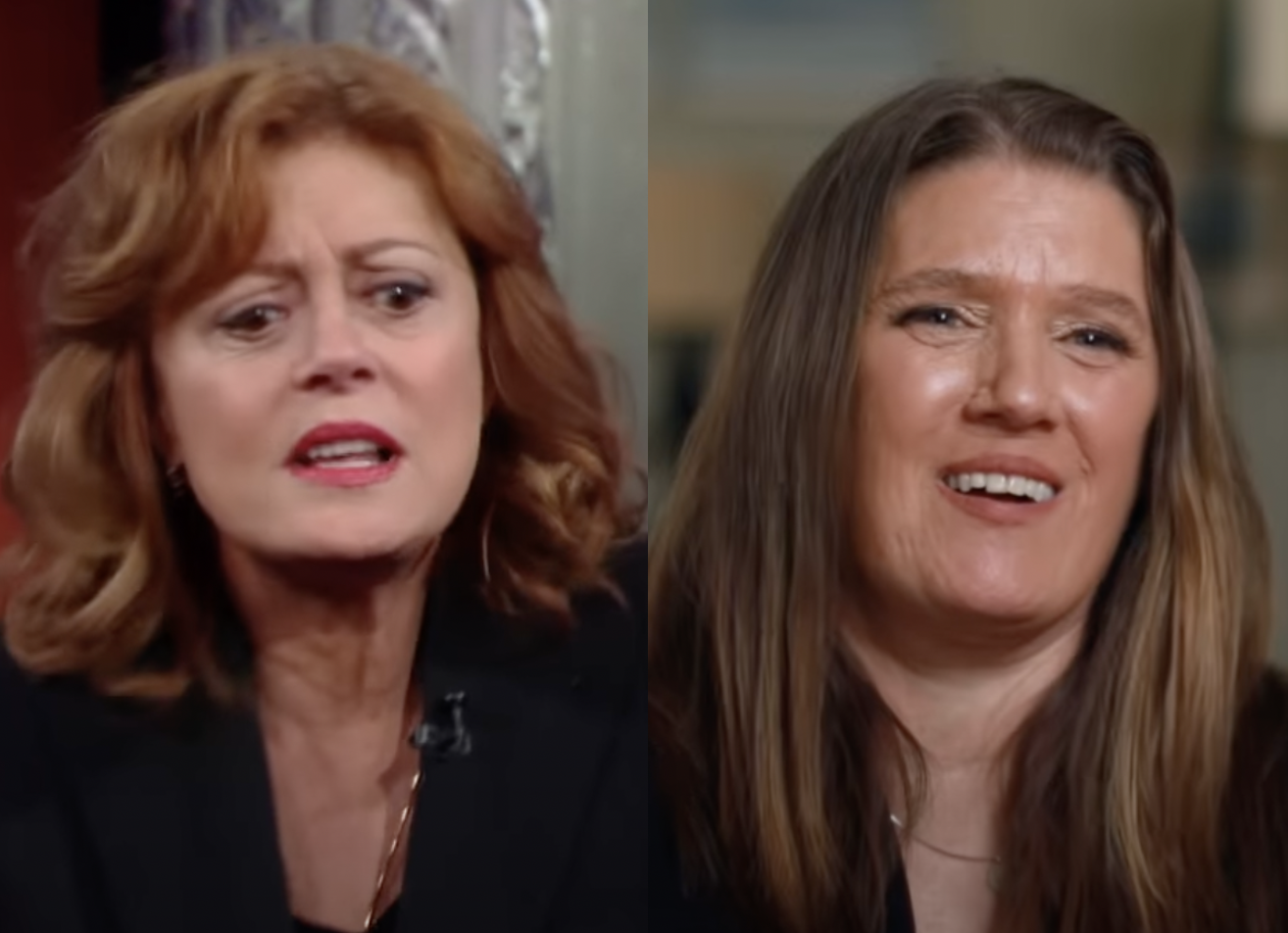 Liberal lightning rod Susan Sarandon has been trending all day on Twitter after people started resharing an interview Mary Trump gave last month to the MeidasTouch Podcast, during which she called the actress a “complete idiot” and a “moron” for suggesting it was pointless to vote for Democrats.

“She’s a complete idiot,” Trump said. “She doesn’t know what she’s talking about, and if anybody can say with a straight face that the Democrats are the problem, I don’t know what to tell them.”

“She was pretty decent in a couple of movies a couple of decades ago, but politically she’s a moron.”

Mary Trump is the finest Hammer EVER made!
'Why?", you may ask.
Well, because she "NAILS IT". Every. Damn. Time! https://t.co/UsPze40TTG

Trump appeared on the podcast last month to talk about the Supreme Court Dobbs leak, Roe V. Wade being overturned, and federal abortion rights being stripped away.

Sarandon, who famously said in 2016 that she wasn’t sure she could bring herself to vote for Hillary Clinton and suggested she would cast her ballot for Donald Trump instead, responded to the leak by blasting Democrats for “sitting on their hands for the last two years” and “scaring” people into “voting blue.”

Dems are going to use this to fundraise and get you to vote for them again despite sitting on their hands for the last two years. Instead of actually standing for anything, their only strategy is scaring you into voting blue. https://t.co/LQNbKYwPI1

“I cannot even tell you how much it enrages me,” Trump said on the MeidasTouch Podcast. “She’s an idiot, but she thinks she’s some wise shaman or something.”

She then went on to diagnose the actress with the “Dunning-Kruger effect”, a cognitive bias in which people with low ability overestimate their capabilities.

Even though the interview is almost a month old, it’s just now going viral, perhaps because we’re getting closer to the Supreme Court actually releasing its final Dobbs decision. The ruling is expected either later this month or in early July.

This is a horrible thing to say about morons. https://t.co/4OE36ir17v

Susan Sarandon is a moron. It's true. Scientists confirm. Ask them.

I don't think if Susan Sarandon has much influence, but she's using whatever amount she has to try and destroy the country. Our democracy is hanging by a thread, and she's still trying to persuade people to not vote for democrats. Others push this. They want the GOP on power.

I seriously think Susan Sarandon is a DINO and actively working on behalf of the Republicans while pretending to be progressive.

Sarandon isn’t even worth comment, although Mary did a fine job when it happened upon her.

You know it's time to log off twitter when Andrew Yang & Susan Sarandon are both trending. Do the work. Canvas, GOTV, phone & text bank. Go! Fight! Win! @DNCWarRoom

I’m with Mary Trump on this one. Susan Sarandon may have been a good actress years back but she seems to have lost her way and her marbles in recent years.

While we might not always agree with Sarandon on everything, we would be remiss not to mention her decades of LGBTQ allyship, dating all the way back to the AIDS epidemic, when she regularly attended demonstrations calling for more government action.

In 2014, she partnered with HRC on its Americans For Marriage Equality campaign. And in 2015, she recorded a PSA for Lambda Legal encouraging people to “Stand for love” in the days leading up to the Obergefell ruling.

Here she is in the 1995 documentary The Celluloid Closet, which looked at how Hollywood films have depicted homosexuality over the years.

Subscribe to Queerty for a daily dose of #politics #marytrump #roev.wade stories and more