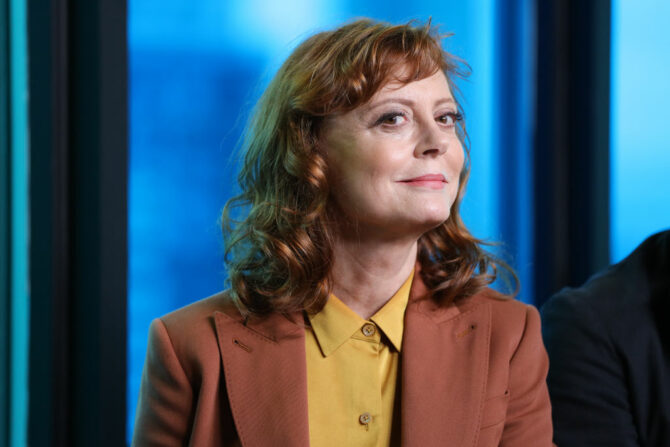 Longtime LGBTQ ally/Bernie Bro Susan Sarandon has been having a tough day on Twitter and it’s all because of the 2016 presidential election.

Quick recap: While campaigning for Bernie Sanders, Sarandon, who is worth an estimated $60 million, went on MSNBC to say she wasn’t sure if she could ever bring herself to vote for Hillary Clinton, suggesting she might cast her ballot for Donald Trump instead.

Well, things certainly exploded. Unfortunately, not in the way Sarandon hoped they might. The revolution didn’t come. Instead, the United States ended up with the most hateful, most divisive, most anti-LGBTQ, anti-immigrant, anti-Muslim, anti-just-about-everything administration in modern history.

Related: If Roe vs Wade is overturned, LGBTQ rights could be next

The country also ended up with not one, not two, but three right-wing Supreme Court Justices with extremely conservative leanings. And now an initial draft majority opinion written by Justice Samuel Alito had leaked which shows the court has voted to strike down Roe v Wade.

Obviously, this isn’t Sarandon’s fault. But people are pissed at her anyway, saying she used her platform to poison people’s minds in 2016 and help pave the way for Donald Trump’s presidency. Here’s what they’re saying…

Welp. There goes Roe v Wade. Thanks a lot, Susan Sarandon and Bernie Sanders. Is this your revolution?

How are the two Susans doing this morning?

Do you know who I'm pissed at? The Susan Sarandon crowd who equated Clinton and Trump in 2016 and either voted third party or didn't vote. They ignored all of us yelling about the Supreme Court. And now, here we are back in the dark ages.

Has anyone asked Susan Sarandon her take on this portion of her revolution? #abortionrights

Hey Susan Sarandon, this is on you.

today is a good day to tell people like susan sarandon to shut the f*ck up.

Thanks Susan Sarandon. Bravo. Of course when you were young this wasn’t an issue.

Haven’t heard a word of remorse or responsibility.

If this travesty of justice happens & Roe v. Wade is overturned, we have the Susan Sarandon "Anybody but Hillary" wing of the Progressive movement to "thank" for convincing people who might have voted for her, even if they held their noses, to stay home or vote 3rd Party.

Has anyone heard from Susan Sarandon?
Actually I don’t really care, do you?

Tonight’s festivities were brought to you by Susan Sarandon.

Subscribe to Queerty for a daily dose of #politics #berniesanders #roev.wade stories and more