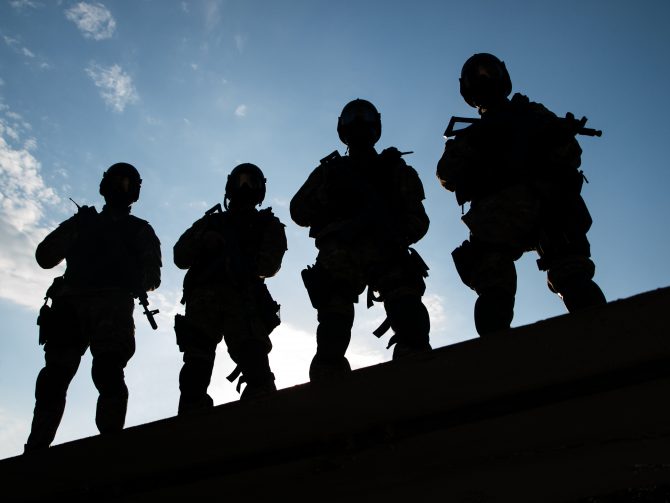 The owner of the Baltimore Eagle is crying foul after the city carried out an alleged “SWAT style show of force” against the venue. The comparison may be a tad dramatic, but it still doesn’t sound pleasant.

On August 7, a dozen regulatory enforcers arrived at the Eagle to investigate a complaint that COVID-19 social distancing mandates were not being adhered to.

Owner Ian Parrish told the Washington Blade the raid took place not long after he contacted the Baltimore Board of Liquor License Commissioners himself, telling the agency that he’d learned another gay bar had filed false complaints against the Eagle.

Parrish doesn’t believe his alert ever reached the officials who carried out the raid, whom he says were decked out in “black body armor” and became hostile when Eagle staff requested to take their temperature upon entry.

“’We’re the f[**]king liquor board,’ was their answer to my request,” Parrish wrote in an email to Maryland State Sen. Mary Washington.

“Then, the horde of the agents in body armor walked through me. I was ping-ponged from side to side as each agent physically pushed me from left to right and back about ten feet as they forced their way past me,” he continued.

“Not only did those agents abuse their authority by assaulting me, they put our patrons at risk by willfully ignoring State of Maryland COVID protocols, and some of them weren’t even wearing masks!”

The SWAT style show of force put upon us was grossly out of proportion for the circumstances, it frightened our patrons to the point of them leaving, and the worst part of it was that we were subjected to this gross abuse of authority for absolutely no valid reason.”

Adam Abadir, a spokesperson for the Baltimore City Health Department, described the event differently. He referred to it as an “inspection” prompted by citizen complaints that the Eagle was violating social distancing orders.

In one alleged complaint, the department received a flyer advertising a foam party scheduled for August 7 and 8.

It reportedly read: “Throw on your harness and get naughty under piles of safe, antibacterial foam on our social distance patio. Thank you for respecting our COVID-19 guidelines.”

Abadir added that the venue was found to be violating a mayoral order prohibiting indoor operation of bars and restaurants after 10 p.m. He said the venue immediately complied by moving everyone outside, and no fines were imposed.

Parrish believes the complaints were filed by drag performers at the competing venue, though he has not named the bar or anyone associated with it.