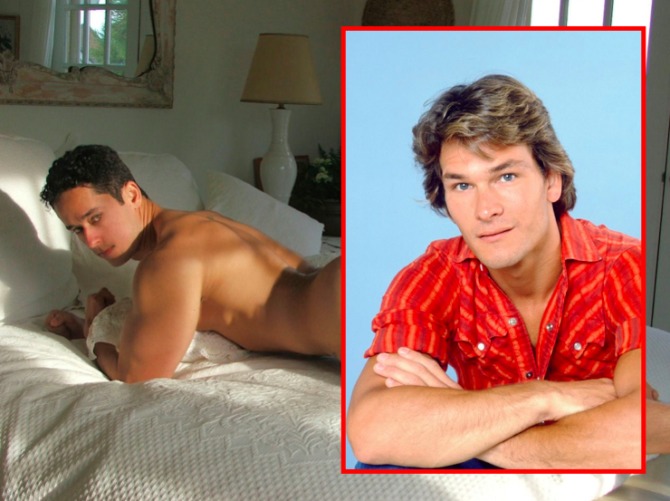 An adult film star from Brazil claims he once hooked up with Patrick Swayze.

39-year-old Rafael Alencar, who has appeared in such adult films as Return to Fire Island, Ass Quest 2, and Fistpack 6 has just given a very revealing interview.

Speaking to adult film director Marc MacNamora, Alencar dished on all the closeted celebrities he’s allegedly had sex with over the years, including the late Dirty Dancing star.

“I can tell dead ones because they can’t sue me,” Alencar said.

“I did Swayze,” he continued. “Patrick was very nice.”

“The famous people, the singers and actors they you know, they are gay,” he added. “They have called me. But not because they want me. They cannot be seen in public. They can’t go to bars or restaurants. They can’t go on hookup apps.”

Related: The writer of a gay cult classic outsmarted Hollywood 20 years ago; now he’s cashing in

Of course, there’s no way actually verify Alencar’s claims. And, chances are, it’s all a bunch of B.S.

Swayze, who passed away from pancreatic cancer in 2009, was married to actress Lisa Niemi for 34 years. In a 2008 interview, he said she was the inspiration for his mega hit song “She’s Like The Wind”.