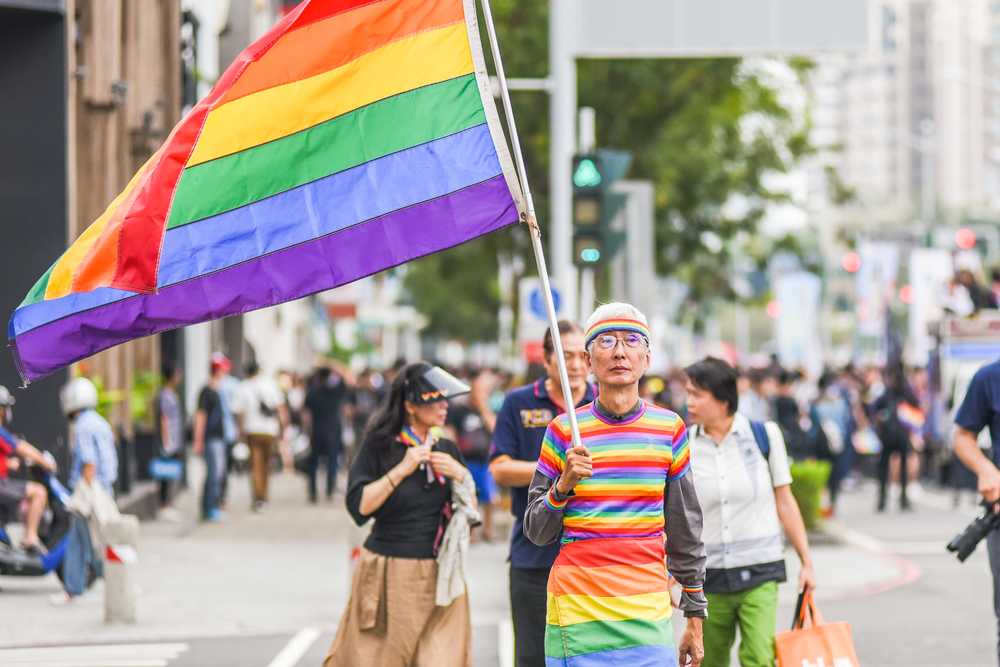 A May 24, 2017 ruling by Taiwan’s Supreme Court declared the country Civil Code’s definition of marriage — between a man and a woman — as unconstitutional because it failed to protect all human rights. The Court gave Taiwanese legislators two years to legalize it, but Prime Minister Tsai Ing-wen (who ran on an equality platform) and other legislators were too timid to take action.

Their inaction allowed anti-gay religious petitioners to turn the issue into a non-binding November 24 ballot measure on that and whether public schools should teach kids about LGBTQ topics. Three U.S. anti-LGBTQ groups in particular — the National Organization for Marriage (NOM), MassResistance and International House of Prayer (IHOP) — helped local conservative groups organize and raise $33 million in preparation for the vote.

Related: One of China’s most famous novels has been remade into a steamy gay Taiwanese film

The country ended up voting against same-sex marriage and LGBTQ education by margins of around 70 percent, giving legislators 90 days to decide whether to act on the vote. The legislature took no action. Shortly after the vote, Taiwan’s Judicial Yuan Secretary-General Lu Tai-lang declared the vote a giant waste of time and energy because the rulings of the country’s highest court “cannot be touched.”

In recognition of the newly legalized same-sex unions, Taiwan’s Prime Minster tweeted, “On May 17th, 2019 in #Taiwan, #LoveWon. We took a big step towards true equality, and made Taiwan a better country.”