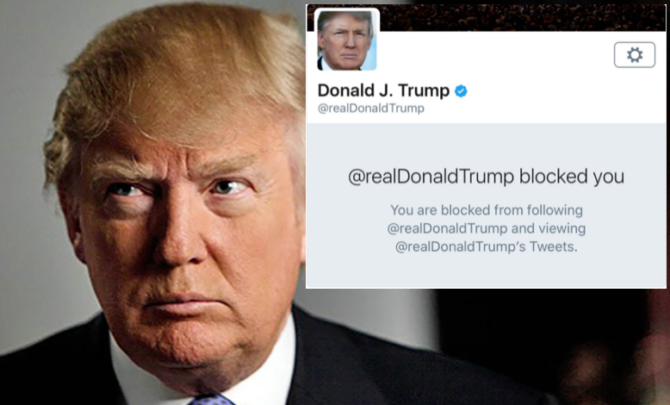 Vote Vets shared this via Twitter: “The Commander in Chief can block @VoteVets, the voice of 500k military veterans and families, but we will NOT be silenced.”

The Commander in Chief can block @VoteVets, the voice of 500k military veterans and families, but we will NOT be silenced. pic.twitter.com/SaCN5hKU9R

The group has been vocal in its opposition of various aspects of the president’s platform, from the proposed budget, to repealing ObamaCare, and even the floundering U.S. travel ban on people from predominantly Muslim nations.

In an ad that appeared during MSNBC’s Morning Joe earlier this year, VoteVets addressed Trump directly, demanding he begin acting like “a legitimate president.”

“Look, you lost the popular vote … You’re having trouble drawing a crowd … And your approval rating keeps sinking …” a veteran of the war in Afghanistan says in the TV spot.

“But kicking thousands of my fellow veterans off their health insurance by killing the Affordable Care Act, and banning Muslims won’t help … And that’s not the America I sacrificed for … . You want to be a legitimate president, sir? Then act like one.”

The group has also voiced support for the LGBTQ community over the years, including those who serve or have served in the U.S. Armed Forces

Now it looks like Trump has opted to try and silence the voice of dissent.

Another vet shared a similar story:

Looks like he is blocking all veterans. Blocked me as well pic.twitter.com/m4HqyXIAsV