Bushwig, the annual celebration of Brooklyn’s thriving avant-garde drag scene, once again drew New York’s LGBTQ community out to the farthest reaches of the borough this weekend for two days of the wildest drag show you’ll see in the city—or, probably, anywhere. What started as a very DIY event in art spaces around Bushwick, Brooklyn, has blossomed into a major festival, with two stages, tons of vendors selling fashion, art and food, and a list of talent so long it fills four pages. Every queen who has ever stuffed a dirty one dollar bill into her Spanx at Macri Park or Metropolitan graced Bushwig stage this year alongside Drag Race stars like Thorgy Thor and Alyssa Edwards.

Queerty stopped by on Saturday to check out the looks and chat with some of the fabulous queens and queers wearing them. 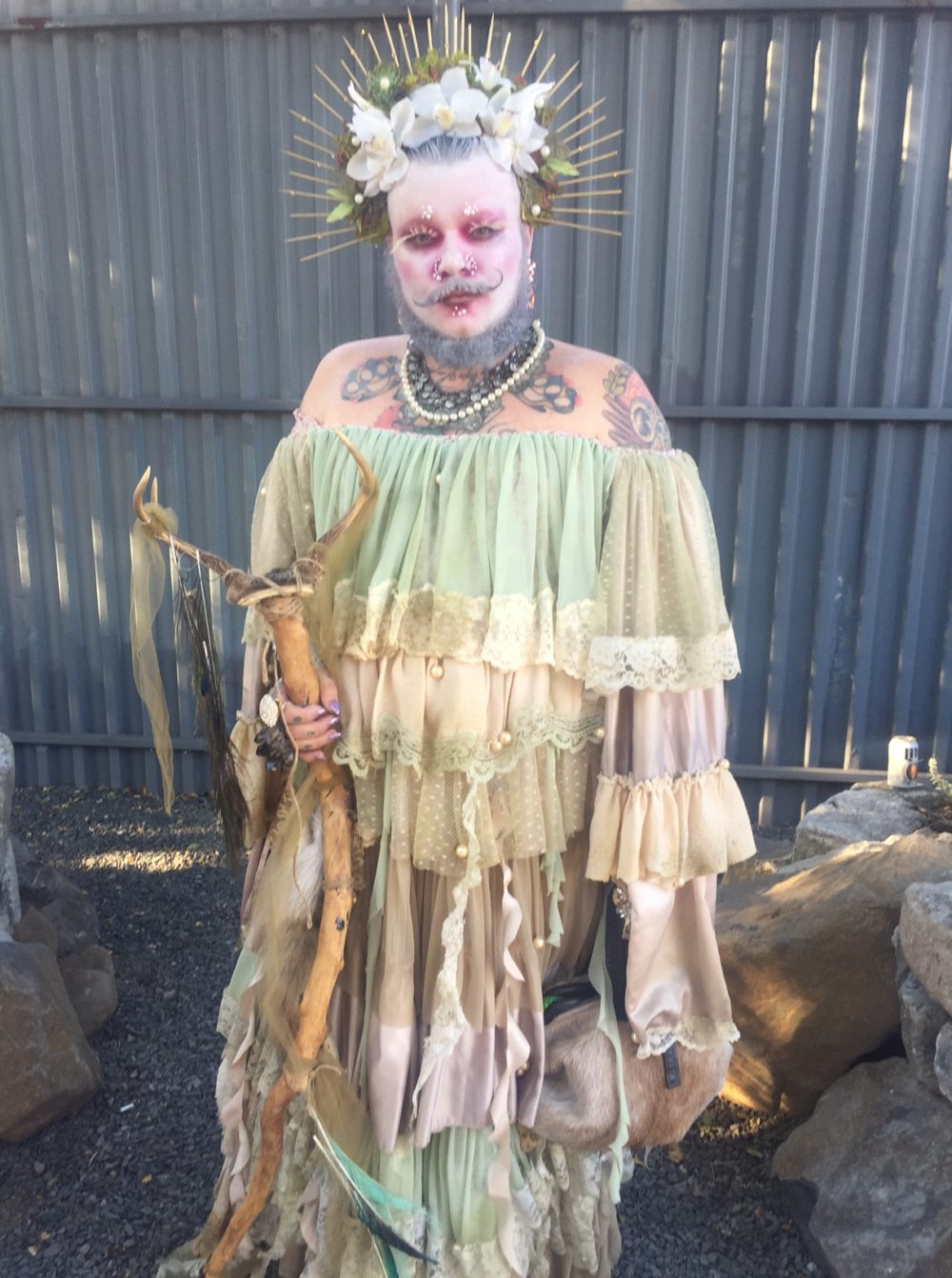 B. Hollywood: “I’m a swamp witch from Florida.” 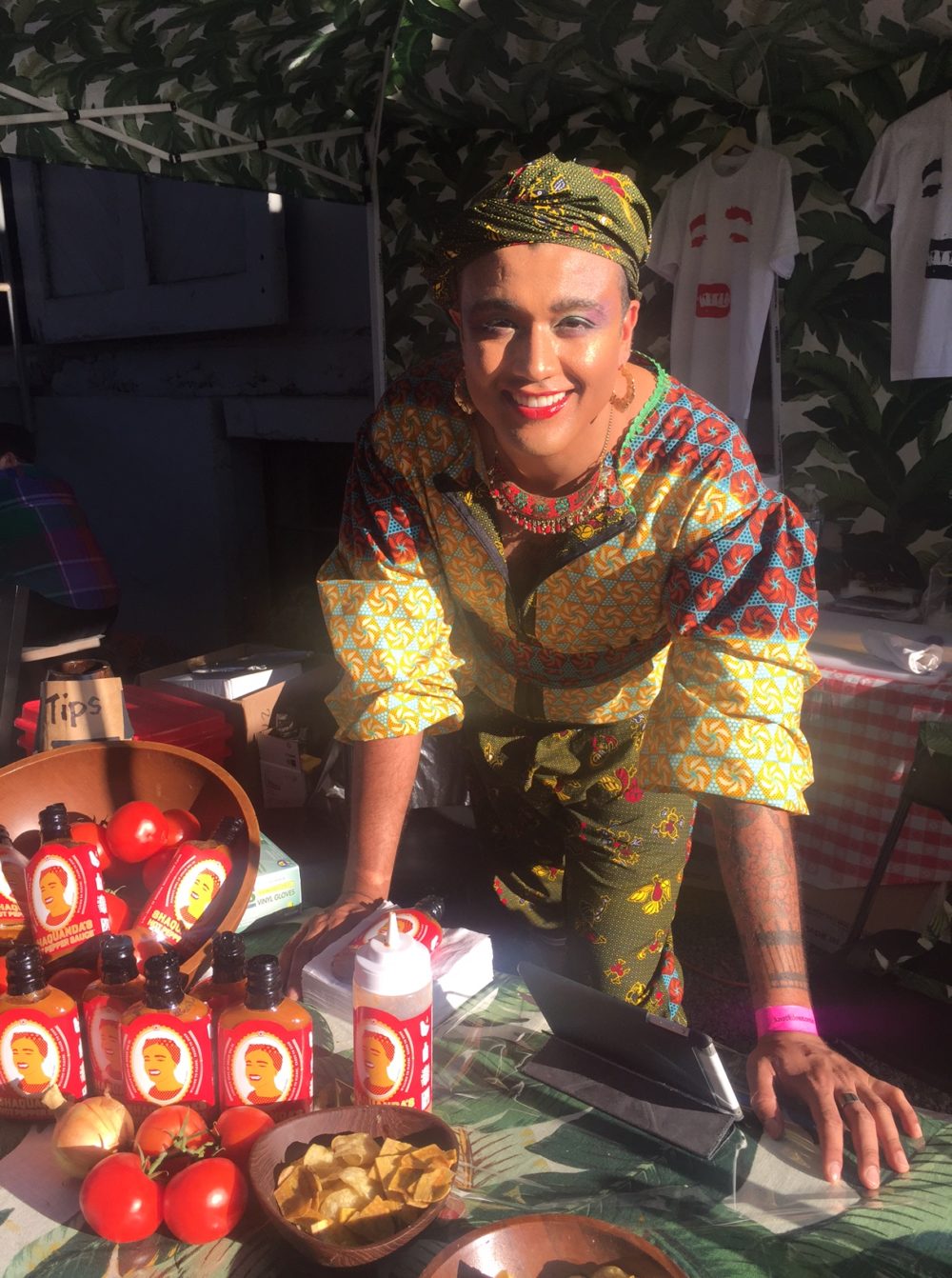 Shequanda: “Be the queen of your kitchen. Dress your food with spice and flavor, honey!” 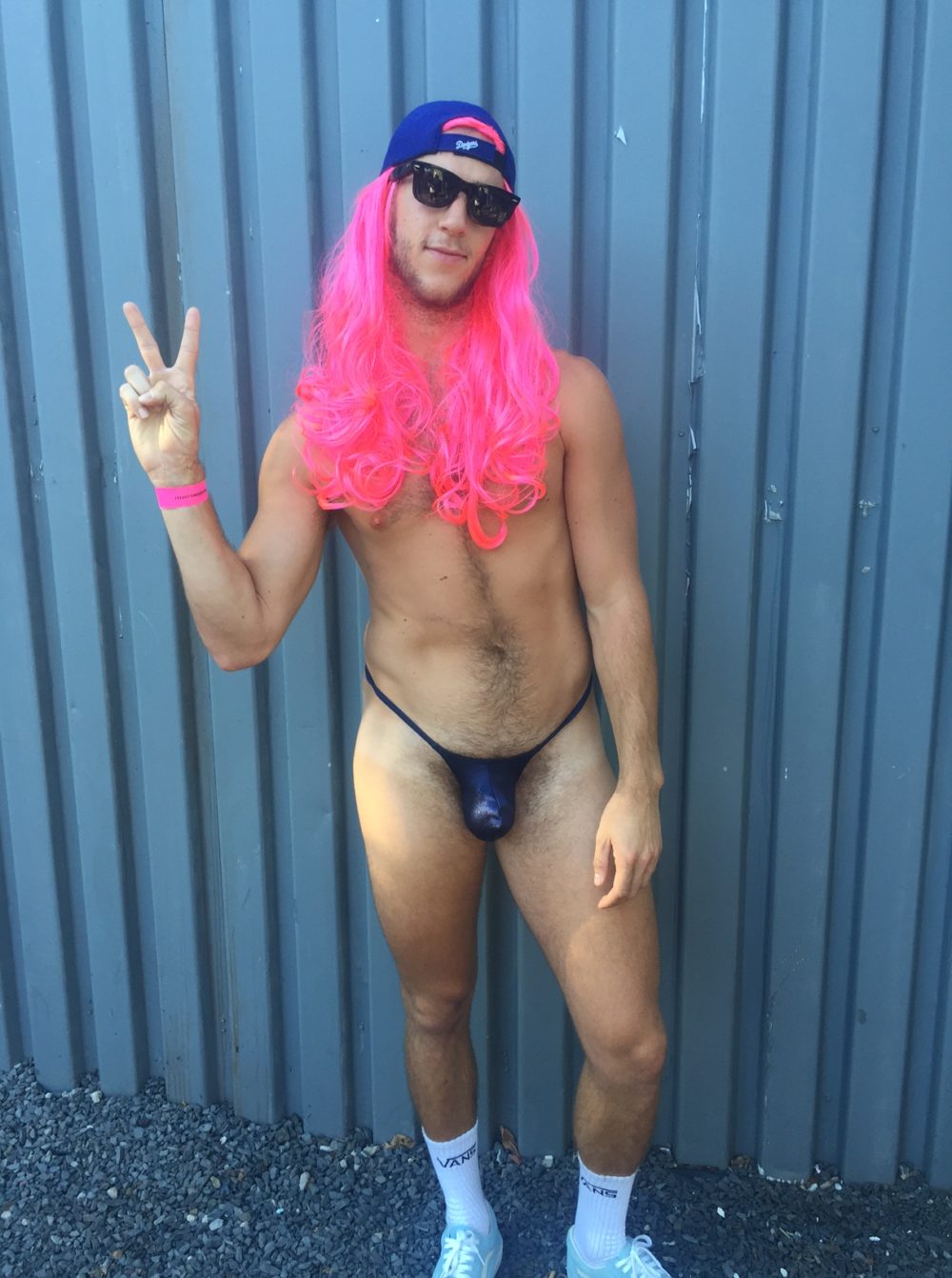 Theater Bro: “This is my first time at Bushwig and I don’t really have any female clothes, so I just figured less is more.” 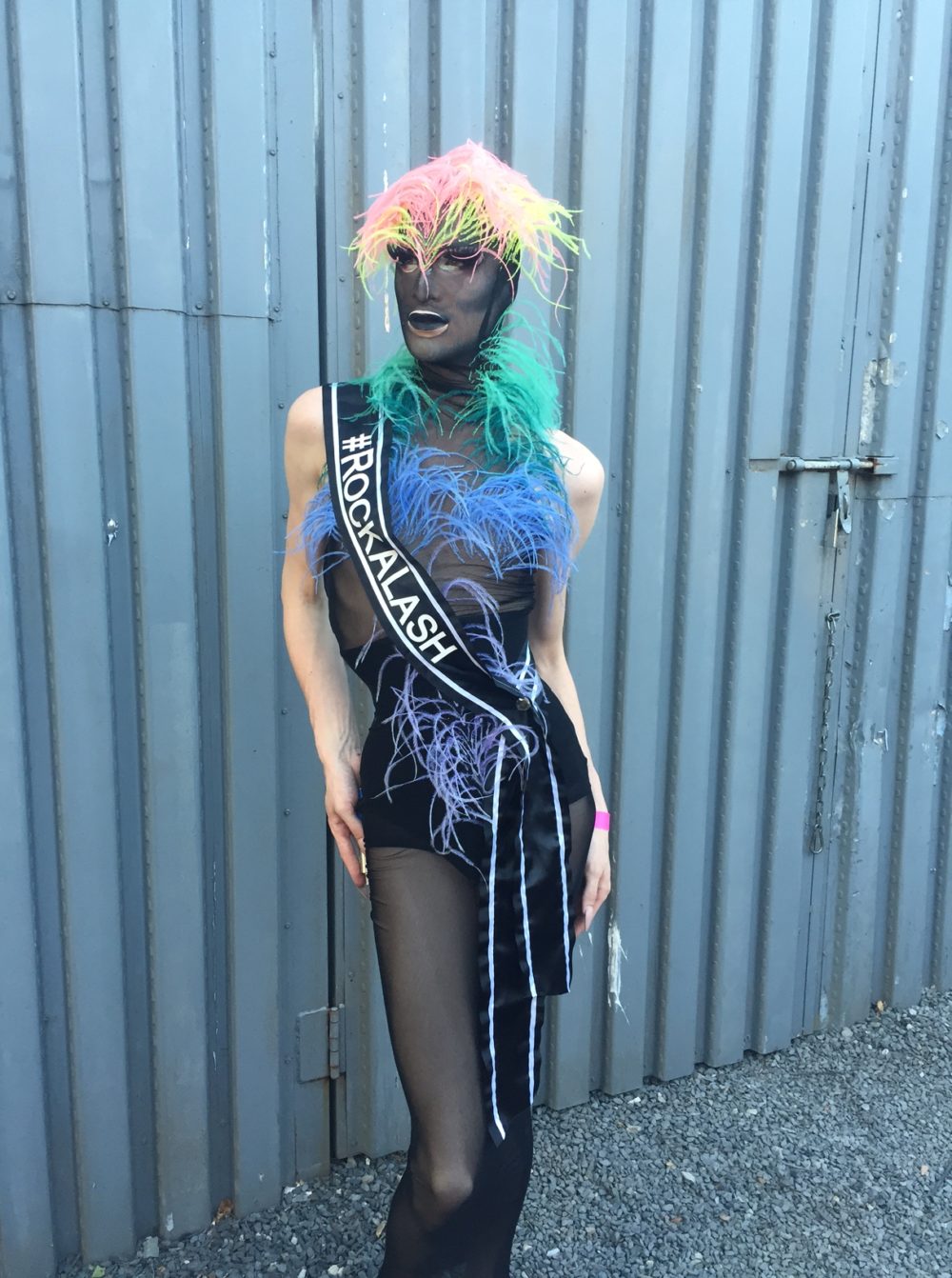 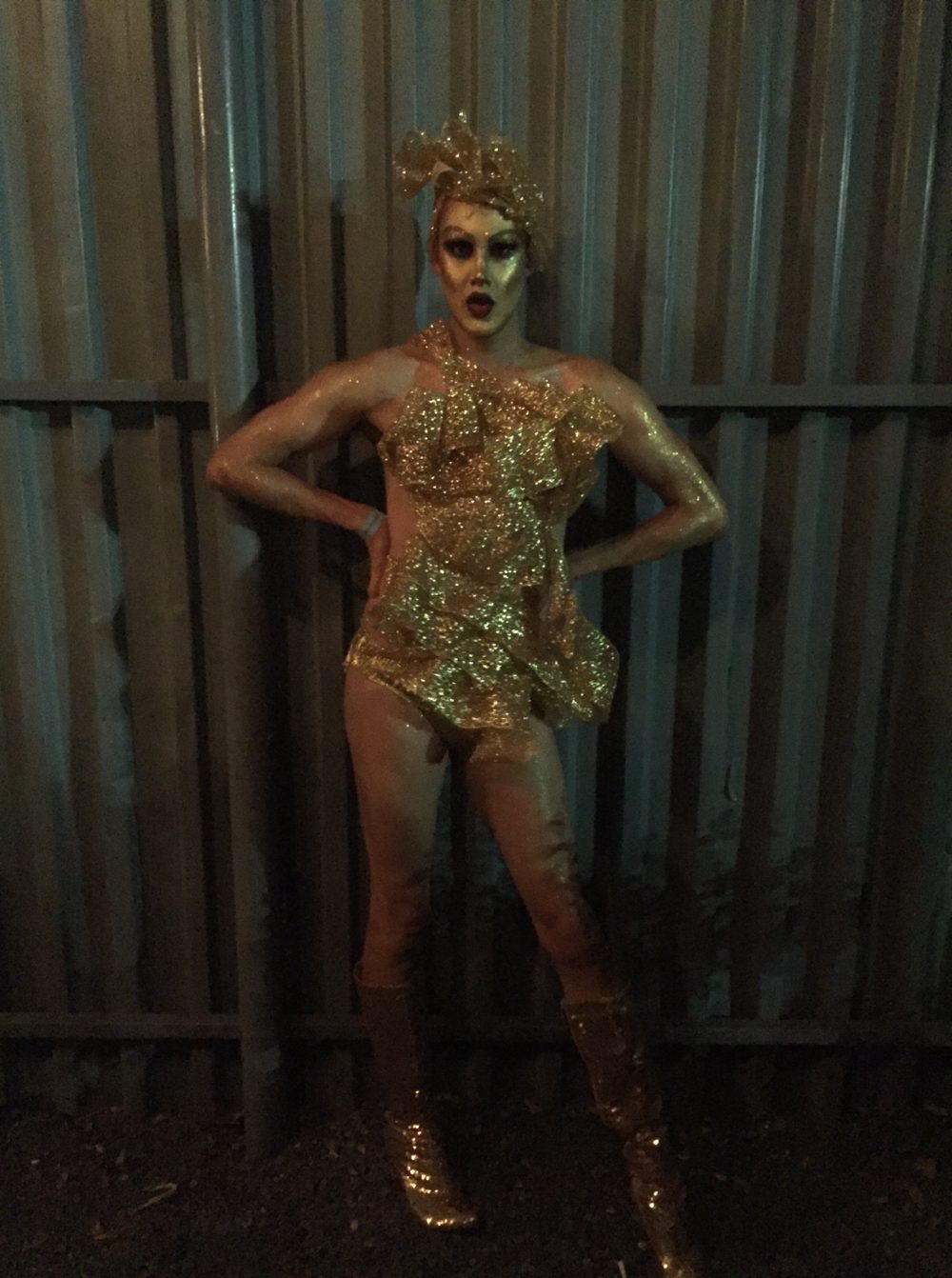 Diana Da La Guardia: “I was competing in So You Think You Can Drag All-Stars at New World Stages, so I’ve got a bunch of stuff that I just had made, it’s all brand new. But last night I was thinking it all feels different than Bushwig. This is such an alternative sort of crowd. You have to have more fun with it. So, I did something a little bit glamorous, but also a lot of body, because it is 81 degrees outside in the middle of September. Normally I’d have a little more clothes on, but I feel like myself. All of this is literally just made of ribbon.” 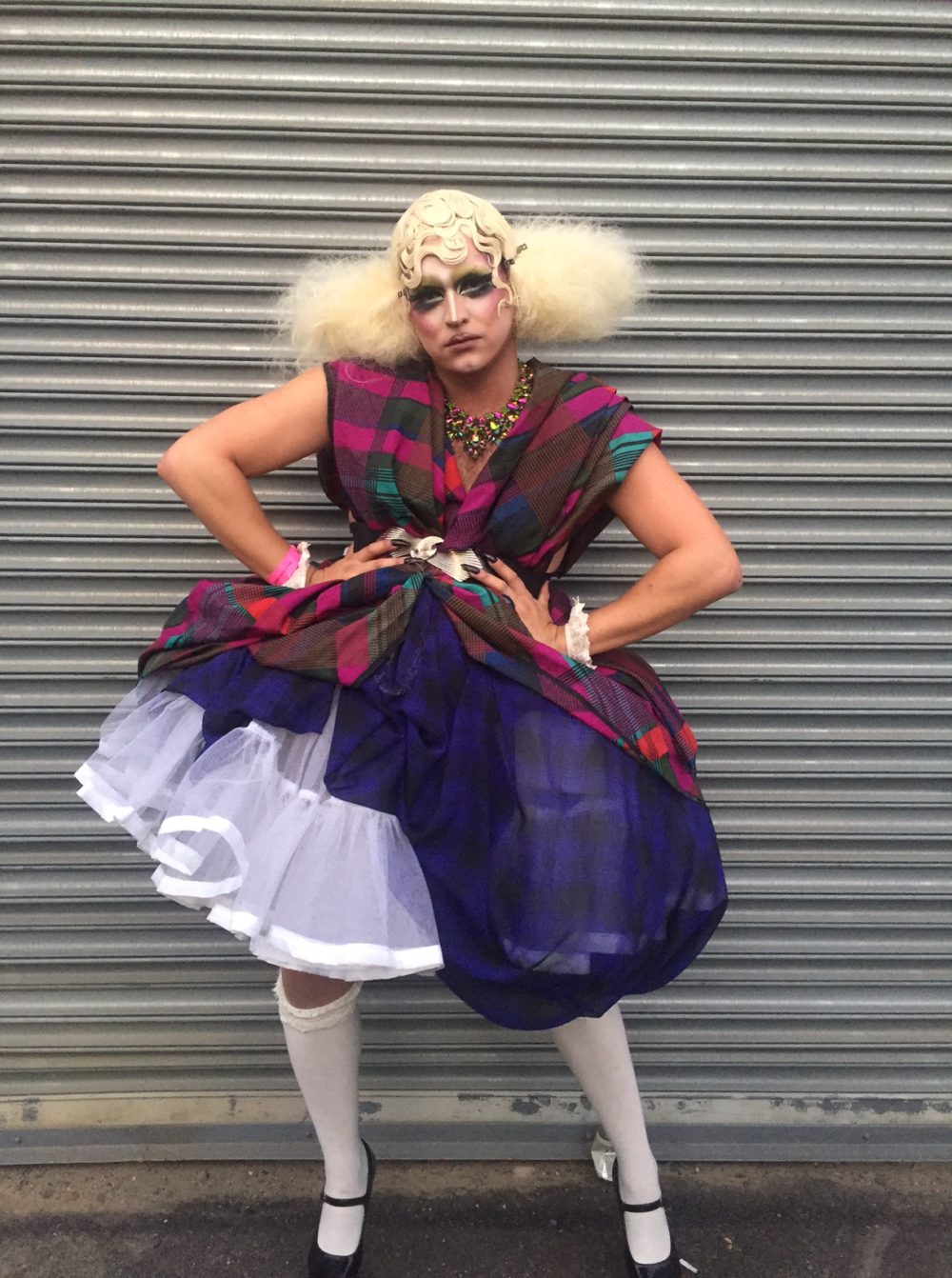 Malestia Child: “I’m going for a rococo, Vivienne Westwood, 1920s kind of Gwen Stefani from the ‘It’s My Life’ video.”

How bummed out are you about her Christmas album?
“Oh my god, she sucks now! But there’s a really cute still of her in this huge bright powder blue tulle gown. I’m like, oh you still look good so I still like you, but fuck your music!”