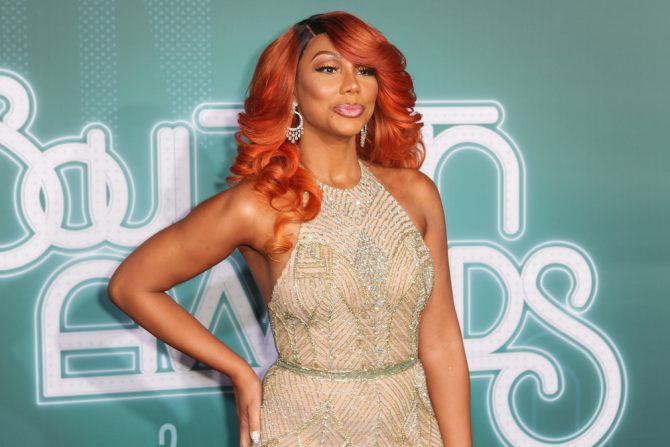 Singer Tamar Braxton set off a firestorm over the weekend when she implied that if a man isn’t sexually attracted to her then he must be gay.

On Saturday, Braxton issued a “public service announcement” on her Instagram Story warning all women that if their boyfriends “don’t touch” them in more than “3, 4, 10 days” then clearly they’re “gay” and “want a man.”

“Truth is ladies that these dudes out here really do be gay!” Braxton ranted. “It ain’t enough money, beauty, hair, babies in the world to keep them!! They want D**K!! Periodt!!”

It was a bold statement from someone whose singing career has literally been kept afloat by performing dance songs at Pride events and guest judging on RuPaul’s Drag Race.

But she said it. And people weren’t happy about it.

Many felt Braxton was weaponizing homosexuality in an effort to mask her own insecurities. Some even wondered if perhaps she was referring to her boyfriend David Adefeso and if the remarks were set off by their rumored break up.

this is so insidious. cishet women will really employ, befriend, and profit from gay men and still post shit like this. publicly! https://t.co/y0htKQz55S

Nevermind the fact that they could be impotent, depressed, exhausted, cheating, among other reasons, but to put it ALL in the gay bucket is just ignorant, Tay-Tay.

Maybe they are just sick of YOUR ass!#tamarbraxton

Yesterday, the singer took to Twitter to walk back the remarks and to clarify that no, she wasn’t referring to Adefeso in the post.

“I shouldn’t have been in my feelings & ranted on social media based off a conversation with my friends,” she tweeted. “I was talking about me but not me and David. I’ve been through a lot.”

Y’all know I’m going live….If you are in ya bag, ya shouldn’t be. I shouldn’t have been in My feelings, &ranted on social media based off a conversation with my friends. I was talking about me but not me and David. I’ve been through a lot. This is why i stay on my fake page? https://t.co/qZ47f3GIXb

#TamarBraxton reflects on her post from the other day!! (SWIPE)

While not an apology, it appears Braxton did get the message: Just because a guy doesn’t want to sleep her doesn’t mean he’s gay. And even if he is gay, so what? Find a different guy to sleep with. Better yet, stop relying on men for validation.