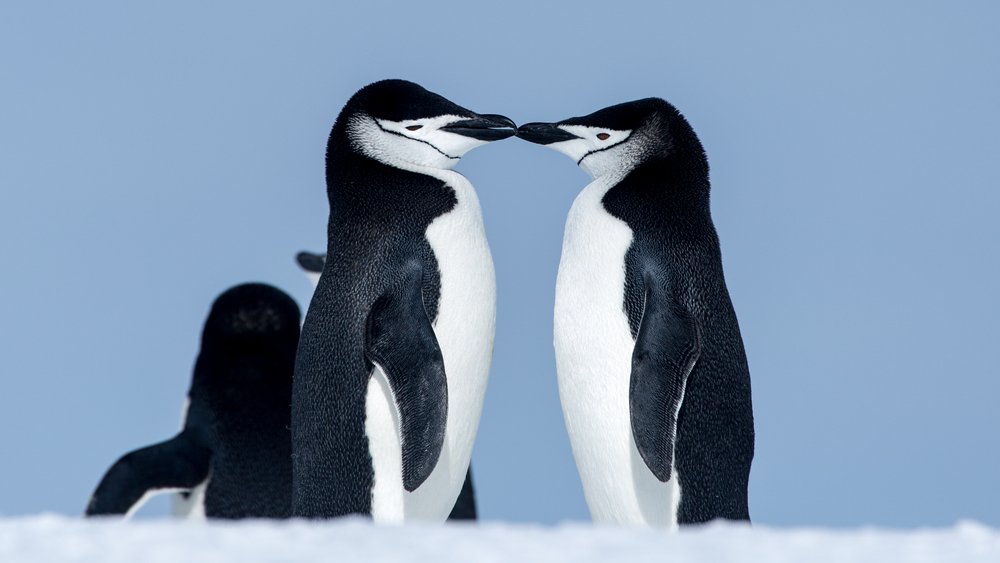 Remember Roy and Silo, the two male chinstrap penguins whose relationship inspired the children’s book And Tango Makes Three? Yeah, apparently they broke up and one of them is straight now.

Raise your hand if your heart just broke.

According to The New York Times, Roy and Silo began drifting apart after a pair of aggressive penguins took over their nest. Early into the next mating season, Silo shacked up with a female penguin named Scrappy.

Roy was so distraught that he “sequestered himself in a corner and stared at a wall.”

Related: Twitter is loving this pair of same-sex Australian penguins raising their own egg

When their split happened, LGBTQ animal lovers cried and anti-gay activists laughed. But this story shows the danger of anthropomorphizing animals.

Zoologist Frans de Waal, who has studied the sexuality of bonobo apes, says most animals are “bisexual” if anything.

“Exclusive (lifelong) homosexuality is not very common in nature,” he told The Times.

Other biologists warn against labeling animal sexuality at all, since these labels often humanize animal behavior or push a particular worldview. Biologists avoid assigning any sexual orientations to animals, stating instead that some creatures merely “exhibit same-sex behavior for a set time.”

But for those of you still bummed about Roy and Silo’s split, take heart: Their daughter Tango ended up in a lesbian relationship with a female named Tazuni. Plus, according to the zoo’s senior penguin keeper, there are three other same-sex pairs at the zoo.

In the meanwhile, if anyone knows a single chinstrap penguin open to dating Roy, let the zoo know, eh?