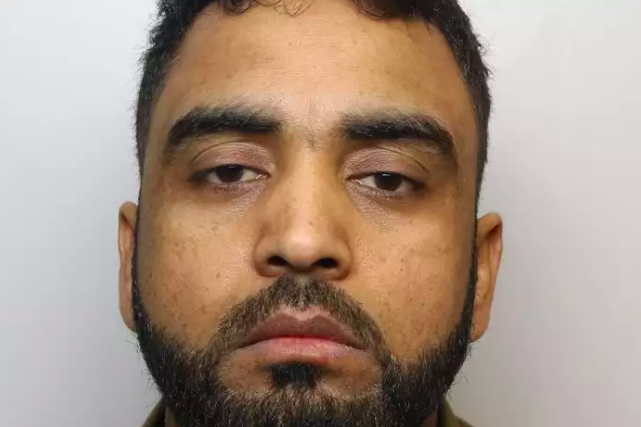 A taxi driver from Leeds, England will spend the next 12 years in prison after raping an intoxicated male passenger in a remote area late at night.

Mohammed Ilyas is a 44-year-old father of five. According to court documents, his victim had been out drinking at a gay bar with friends when he got into Ilyas’s car expecting to be driven home.

Instead, Ilyas drove him to an abandoned farm in a remote part of the country where he “orally raped him in the early hours one morning in May 2016.”

In a written personal statement to the court, the victim, who is in his early 50s, said the experience was an absolute “nightmare,” adding: “Because of what the taxi driver did to me that night I have at many points been suicidal.”

“I never go to town alone anymore and will never get a taxi alone again,” he wrote. “I will never forget this. I don’t know when or if I will ever get over it.”

Ilyas denied the accusations, but he was found guilty by a jury back in September. At his sentencing hearing this week, his attorney asked the judge for leniency, citing that his client is “a married father of five with no previous convictions.”

“This was, and I hope the court will accept this, an isolated incident entirely out of character,” his attorney said.

But the judge was unmoved.

“I’m quite sure that you deliberately parked your taxi outside what you knew was a gay pub,” Judge Tom Bayliss told Ilyas, “thus deliberately engineering a situation where you found yourself alone in your taxi with a passenger who was incapacitated by drink.”

“That passenger had come from a pub, you then committed rape on him, a homosexual rape upon a man who you had seen coming from a gay pub.”

“I’m quite sure that you targeted (the victim). It may not have been long in the planning, but once you saw, you him stopped your taxi and you targeted him.”

He then sentenced Ilyas to 12 years. He is also banned from ever working as a taxi driver again and orderer his name listed on the sex offender register for life.