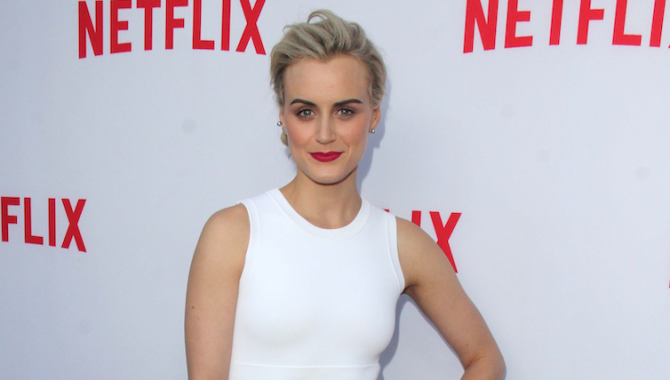 Bio: Schilling is best known for her starring role as Piper Chapman in the Netflix series Orange Is the New Black, a performance that earned her Emmy and Golden Globe nominations. She also starred in the NBC medical drama Mercy and in the films Atlas Shrugged: Part I and The Lucky One.

Coming Out: Schilling effectively came out to her fans during Pride 2020 when she went Instagram-official with her girlfriend Emily Ritz. The same day, she paid tribute to LGBTQ+ legend and Stonewall activist Marsha P. Johnson on Instagram.

“Here because of women like you,” she wrote at the time, captioning a photo of Johnson. “Happy Pride, my friends. #happypride #marshapjohnson #blacklivesmatter #blacktranslivesmatter #loveislove.”

Here because of women like you. Happy Pride my friends 🌈❤️ #happypride #marshapjohnson #blacklivesmatter #blacktranslivesmatter🏳️‍🌈 #loveislove

Breaking Down Barriers: Before this year, Schilling spoke cryptically about her love life — but she did allude to same-sex attractions in a 2017 Evening Standard profile, which mentioned that she reportedly dated actor-musician Carrie Brownstein.

“I’ve had very serious relationships with lots of people, and I’m a very expansive human,” she said at the time. “There’s no part of me that can be put under a label. I really don’t fit into a box — that’s too reductive. I’m working all the time — I don’t really have anything else going on. But I’ve had wonderful relationships.”

“I’ve had a lot of love, and I don’t have any qualms about where it comes from.” – Taylor Schilling to the Evening Standard