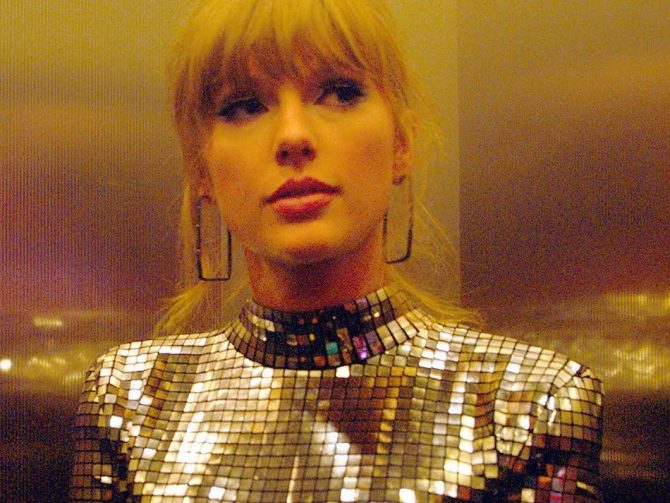 Taylor Swift fans get to see the political side of the pop star in the new Netflix documentary Miss Americana.

The 85-minute film shows the Grammy-winning singer realizing her potential influence in the 2018 midterms, regretting not speaking out against Trump before the 2016 election, and calling now-U.S. Senator Marsha Blackburn “Trump in a wig.”

“She gets to be the first female senator in Tennessee, and she’s Trump in a wig,” Swift says. “She represents no female interests. She won by being a female applying to the kind of female males want us to be in a horrendous 1950s world.”

Tell us how you really feel, Taylor!

In the doc, an emotional Swift also criticizes Blackburn for her 2013 vote against the reauthorization of the Violence Against Women Act and her opposition to same-sex marriage.

Swift won commendations for her midterms endorsement. She wrote, in part:

I believe we all deserve in this country. I believe in the fight for LGBTQ rights, and that any form of discrimination based on sexual orientation or gender is WRONG. I believe that the systemic racism we still see in this country towards people of color is terrifying, sickening and prevalent. I cannot vote for someone who will not be willing to fight for dignity for ALL Americans, no matter their skin color, gender or who they love. Running for Senate in the state of Tennessee is a woman named Marsha Blackburn. As much as I have in the past and would like to continue voting for women in office, I cannot support Marsha Blackburn. Her voting record in Congress appalls and terrifies me. She voted against equal pay for women. She voted against the Reauthorization of the Violence Against Women Act, which attempts to protect women from domestic violence, stalking, and date rape. She believes businesses have a right to refuse service to gay couples. She also believes they should not have the right to marry. These are not MY Tennessee values.